Jordan Wirfs-Brock, an Information Science graduate student, is the recipient of both first and third place in the inaugural Data Visualization Contest, sponsored by the University Libraries and the Center for Research Data and Digital Scholarship (CRDDS). Wirfts-Brock received first place for her project, “Indian Lands and Fossil Fuel Resources” and third place for her other submission, "Mapping Colorado's Invisible Pipeline Network." Lila Finch, an ATLAS graduate student, and Zachary Wilson, a Molecular, Cellular and Developmental Biology graduate student, received second place for their project, "Luminous Yeast."

The goal of "Indian Lands and Fossil Fuel Resources," Wirfs-Brock’s winning visualization, was to show how Indian lands shrank over the course of U.S. history, while simultaneously showing the current day landscape of fossil fuel resources, federal government land, and Indian land. Her main visualization tools were QGIS and Adobe Illustrator. Reflecting on her experience developing the project, Wirfs-Brock said, “Although I conceptually understood the importance of feedback and iterative design before this project, here I embraced it in a way that I never had before, and that paid off in the project’s success.”

Finch collaborated with Wilson on the second place visualization, "Luminous Yeast," creating lanterns to represent the different yeast strains generated by Wilson’s research. She used a traditional Japanese style of lantern making, called Nebuta, which uses string and glue to create a wire frame. The wire frame was then covered in paper and painted with paraffin wax. To show the data from Wilson’s research, Finch used neopixel lights programmed on, and controlled, by micro:bits, pocket-sized microcontrollers. While Finch clearly learned more about molecular cell biology and the functional control of vacuoles in yeast cells, Wilson said he also learned from the process and that seeing his research data as yeast lanterns helped him generate new hypotheses about the vacuole membrane.

In "Mapping Colorado’s Invisible Pipeline Network," Wirfs-Brock submitted a map created using Python with Jupyter, pandas, QGIS with Points2One plugin, and Carto so that the visualization could be web publishable. Her interest in flowlines began when a home spontaneously exploded in FIrestone, Colorado, April 2017. Two people were killed in the explosion.

The explosion was traced back to a flowline from a nearby, yet inactive, natural gas-well that had been quietly leaking flammable gas into the home. Flowlines carry oil or gas from a well to a gathering place, such as a holding tank, prior to a processing place. Shortly after the explosion, Governor Hickenlooper requested that all oil and gas operators submit the locations of flowlines that are within 1000 ft. of buildings. While only start and end points were eventually released, Wirfs-Brock’s visualization drew straight lines between them, revealing interesting patterns and places where they cross residential and commercial development. “With this visualization, I took particular care to lay out what we can learn from the flowline start/end points, and what we still don’t know,” said Wirfs-Brock. “Sometimes, what information is missing is just as important as what information you have.”

The top three entries, as chosen by a double-blind judging panel of data visualization and graphic design experts, are now on display as an exhibit in Norlin Library. Accompanying each visualization are statements by the authors describing how they made their visualizations and what they learned about their data from the visualization process.

The Data Visualization contest sought to bring greater awareness to the powerful insights made during the process of visualizing data. Assistant Professor  Phil White coordinated the contest, after receiving an innovation grant from the University Libraries. “Creating a visual representation of data is much more than creating pretty pictures—it is a pivotal moment in the research process,” said White. “For students and researchers working with many different types of data, creating a visualization is a time for learning, reflecting and engaging more deeply in their research.”

The University Libraries and Research Computing work together in the Center for Research Data and Digital Scholarship to advance the discovery, creation, and sharing of digital information. If you are interested in learning more about data visualization, CRDDS offers scientific and data visualization consulting every Tuesday from noon to 1 p.m. in Norlin, room E206, as well as a wide range of educational and training opportunities. Visit CRDDS to learn more and join their mailing list to learn when the 2018-2019 Data Visualization contest opens in the fall. 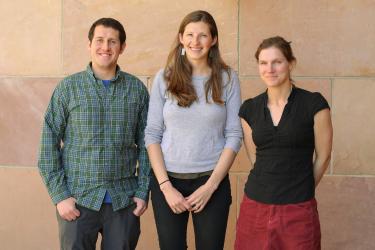 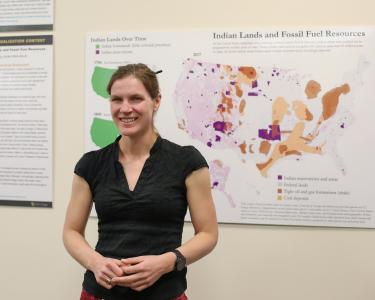 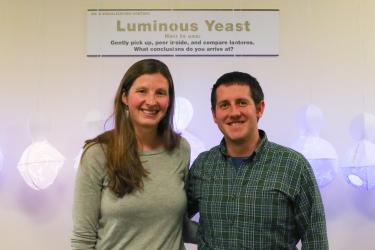 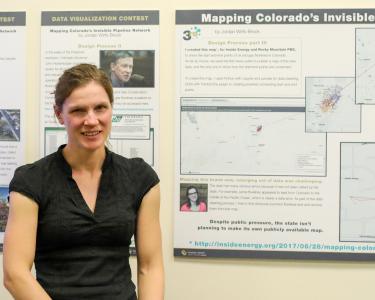 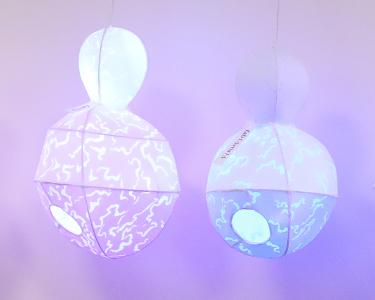 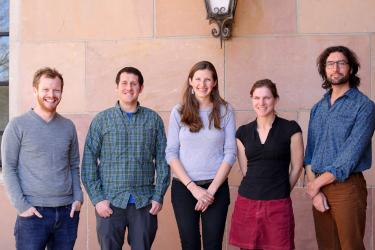