From the Archives: Frank E. Thompson 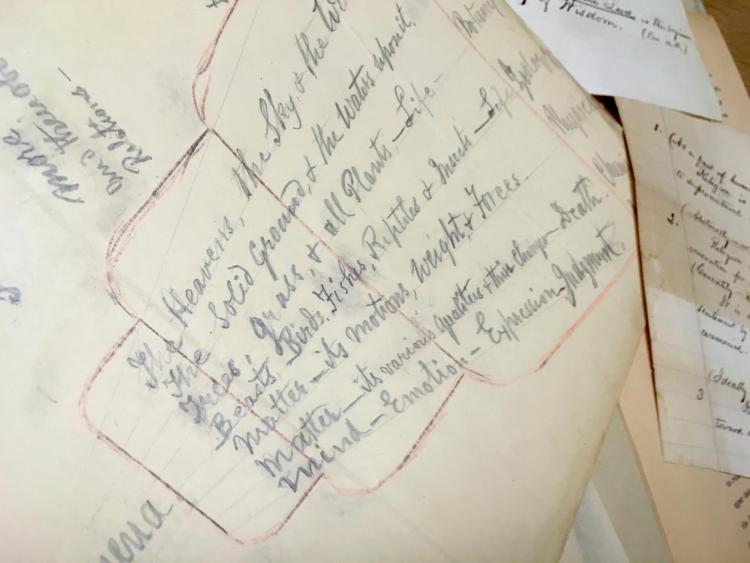 Professor of education and anthropology, Frank E. Thompson (1871-1969) facilitated acquisition by the University of Colorado of mountain property, originally named the University Camp, that later became the site for Science Lodge and research station for the Institute for Arctic and Alpine Research. Established on Forest Service land west of Boulder in 1915, University Camp was the base for the CU Mountain Recreation Program after World War I, as CU attempted to promote its summer program through mountain tourism. It worked; the Summer Session boomed, from a few dozen in 1916 to several thousand in 1922. The materials shown here come from our small collection of Frank E. Thompson's materials that has mostly personal and unpublished writings. Many of these have to do with Professor Thompson's issues with religious beliefs.

The University of Colorado Boulder Libraries will celebrate the centennial anniversary of the Archives on June 6, 2018. This is story #26 in our series: 100 Stories for 100 Years from the Archives!