The Western Federation of Miners 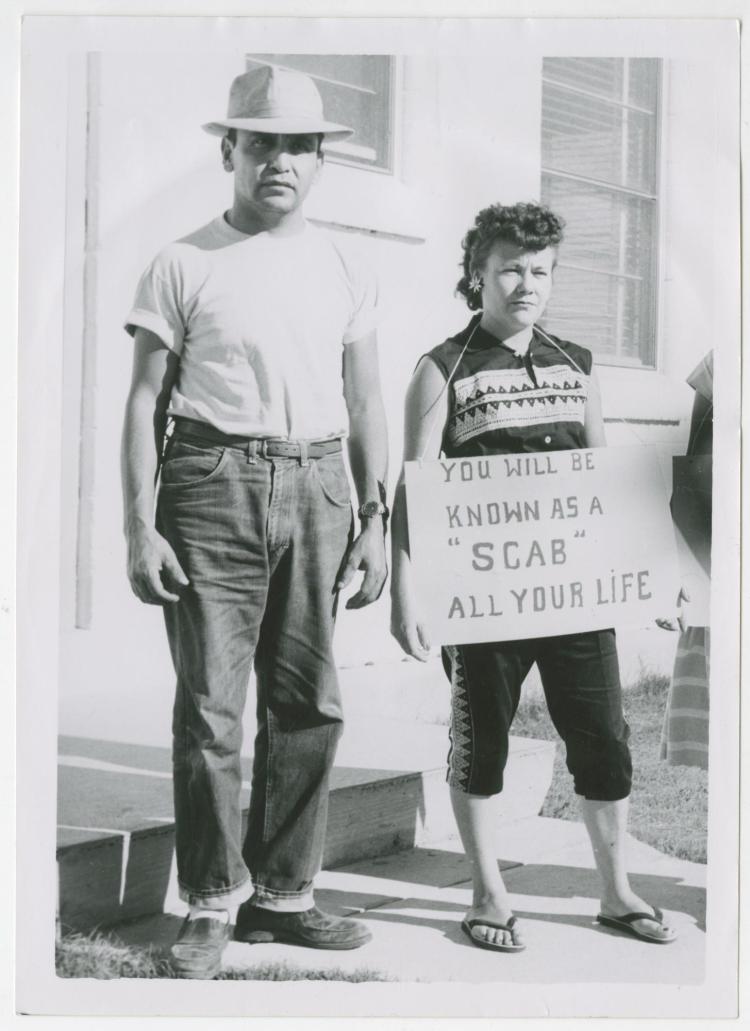 The Western Federation of Miners (WFM), which in 1916 became the International Union of Mine, Mill, and Smelter Workers (IUMMSW) was, from its founding in 1893 to its merger into the United Steelworkers of America in 1967, the major American union in the nonferrous metals industry.

The WFM was involved in many of the important labor disputes during the turbulent period from 1893-1915, including the two Cripple Creek strikes, the Leadville strike of 1896, the Coeur d'Alene labor troubles, and the Goldfield, Nevada strike of 1908. In 1950, the Local 890 of the Western Federation of Miners/International Union of Mine, Mill and Smelter Workers struck against Empire Zinc in the Bayard, New Mexico area.

The roster of the local was almost entirely Latino. Men and their families would drive to the picket lines near the mine and confront the Anglo strikebreakers. The miners’ wives and daughters would dance and laugh at the picket lines. In several cases the cars of the "scabs" would ram and injure the women and the victims would face charges levelled against them by the pro-corporation local police and courts.

The University of Colorado Boulder Libraries will celebrate the centennial anniversary of the Archives on June 6, 2018. This is story #18 in our series: 100 Stories for 100 Years from the Archives! 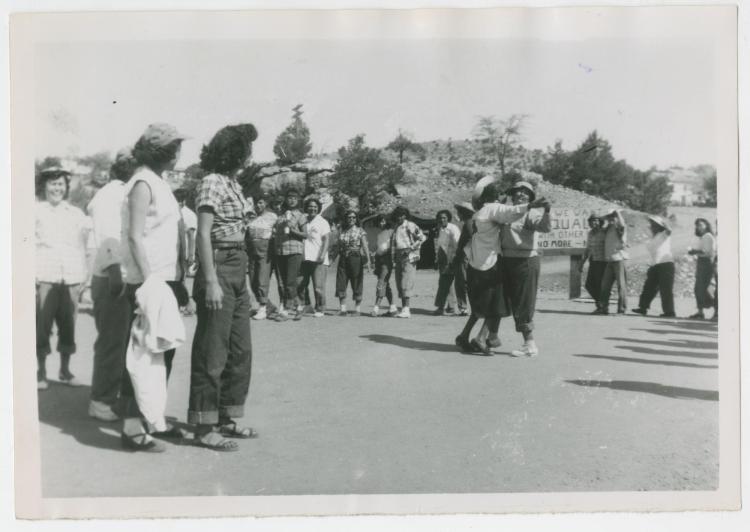