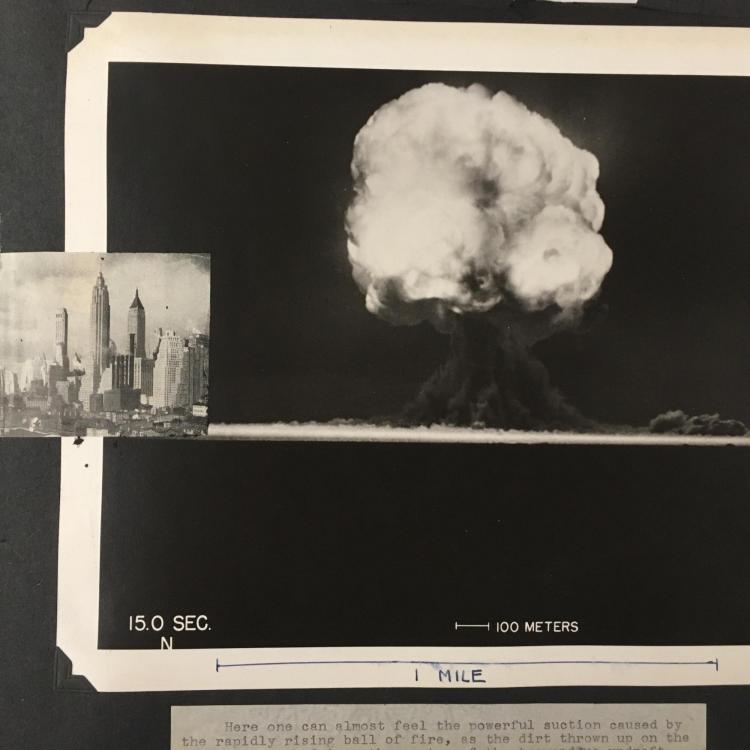 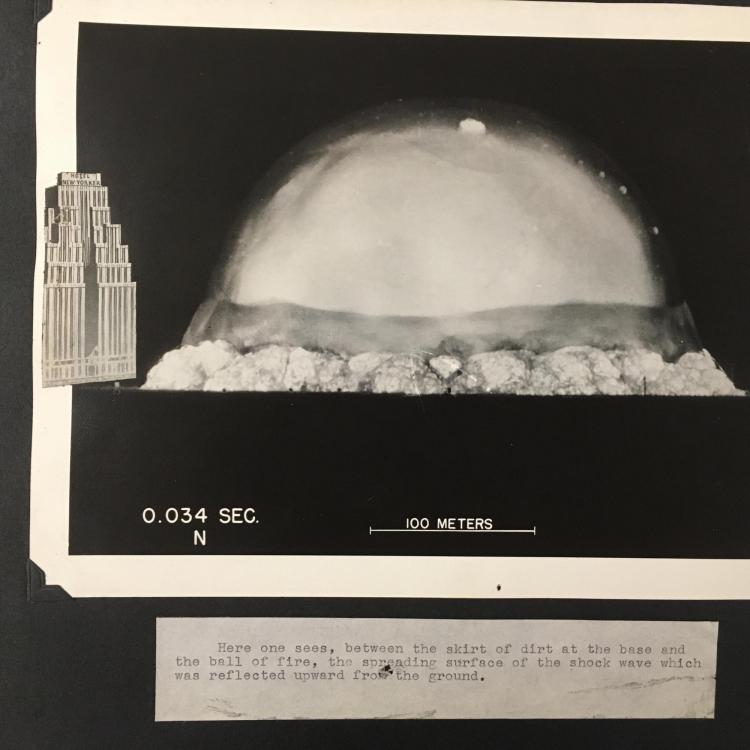 This book of images from the Trinity Tests, collected and donated by CU Professor Albert Bartlett, is full of declassified images that were eventually gifted to Prof. Bartlett in gratitude for being one of the photo printers. Each printer got to keep a set for themselves, which was interesting as the printers were not even on site for Trinity, but were actually there for the Bikini Tests. Many of the pages have pasted on “to-scale” buildings and scenery to show the grandiosity of the event. This item has been digitized and is available for online browsing via the CU Digital Library.

"At 5:30 a.m. on July 16, 1945, Los Alamos scientists detonated a plutonium bomb at a test site located on the U.S. Air Force base at Alamogordo, New Mexico, some 120 miles south of Albuquerque. Oppenheimer chose the name “Trinity” for the test site, inspired by the poetry of John Donne... When the bomb was finally detonated atop a steel tower, an intense light flash and sudden wave of heat was followed by a great burst of sound echoing in the valley. A ball of fire tore up into the sky and then was surrounded by a giant mushroom cloud stretching some 40,000 feet across. With a power equivalent to around 21,000 tons of TNT, the bomb completely obliterated the steel tower on which it rested. The nuclear age had begun." (source: http://www.history.com/topics/world-war-ii/trinity-test)

On June 6, 2018 the University of Colorado Boulder Libraries will celebrate the centennial anniversary of the Archives. This is story #7 in our series: 100 Stories for 100 Years from the Archives!