500 Years: Documents of the Protestant Reformation 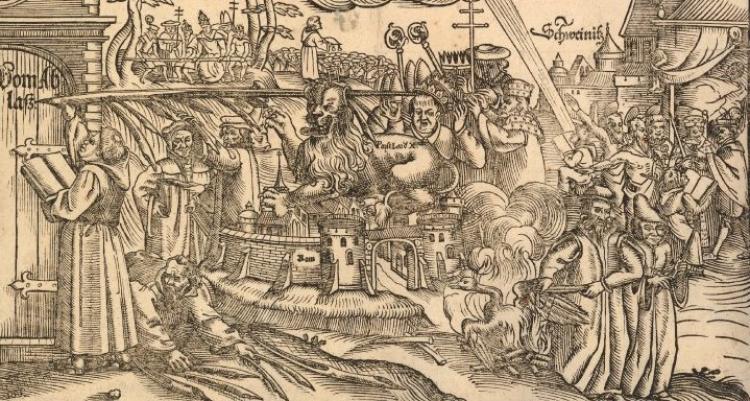 500 years ago this fall, Martin Luther shared his 95 Theses—a move which unexpectedly sparked the Protestant Reformation that brought new ideas into religion, politics, economics, and many other aspects of the human experience. The University Libraries is pleased to provide an opportunity to see some of the rare and unique materials related to the Reformation era in our Special Collections at Norlin Library. After viewing the items in our collection, we invite you to stay for a discussion led by Dr. Douglas Burger (English) and Dr. David Paradis (History) to provide the historical and social context of the materials and discuss the revolutionary implications of Martin Luther’s work.

The materials demonstrate the changes brought by printing press and moveable type technology that revolutionized the publishing industry in Germany and Europe. Prior to Luther, most books and religious writings were in Latin, bought by a small educated elite. In 1517, however, Luther’s pamphlets were written in the language of the common people. They were small, cheap to print, and easy to transport from place to place. Andrew Pettegree argues in his book Brand Luther that Martin Luther was not only a great communicator, but the world's first mass-media figure. Luther’s ideas were soon heard in local taverns and bakeries, according to a 2011 article from the Economist, “Social media in the 16th Century: How Luther went viral.”

The materials are the tangible evidence of a lively public debate. The original pamphlets could be considered the medieval equivalent of a Twitter war. Through them, we can witness a conversation that continues even to this day. The materials also include the Papal Bull from Pope Leo X to excommunicate Luther from the Roman Catholic Church, King Henry VIII’s Defense of the Seven Sacraments Against Martin Luther, and documents from the resulting counter-reformation.

Libraries play a strong role in giving access to past knowledge and serving as a center of production where new knowledge can be created and shared. Libraries also serve as a place to learn about and engage in scholarly conversations. The University Libraries cordially invites you to participate. Light refreshments will be served during the discussion portion of the event.