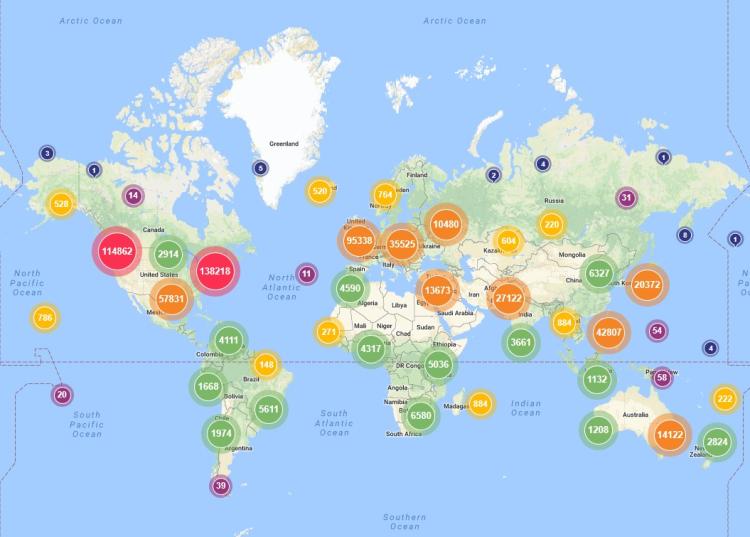 Readership map of total downloads by region from CU Scholar, our institutional repository.

While most undergraduate projects get filed away after being graded, some are shared hundreds or even thousands of times. For example, CU Boulder alum Kerry Doran's Undergraduate Honors Thesis has been downloaded over 13,800 times by researchers from as far as Auckland, New Zealand and Fairbanks, Alaska.

How did Doran’s research spread across the globe? By publishing her work in CU Scholar, the University of Colorado Boulder’s institutional repository. Institutional repositories are digital archives that provide free and unrestricted access to the scholarly output produced by an institution. Researchers can upload their work to CU Scholar to see the impact of their scholarship soar.

This week, Oct. 23-29, students and faculty alike will be learning more about openly accessible scholarship as CU Boulder celebrates International Open Access Week. While some are unaware of the rewards of Open Access publishing, many others like Doran have reaped the benefits by participating in the Open Access initiatives, led by the University Libraries..

Repositories like CU Scholar are especially beneficial to undergraduate students who, compared to faculty, often have fewer opportunities to publish their work. One way undergraduates can participate in open access is through the Arts and Sciences Honors Program. Since 2014, Undergraduate Honors Theses have been included in CU Scholar, and since then have been downloaded over 455,000 times. Not to be left out, graduate students have the option to include their theses, dissertations, and publications in CU Scholar, which can increase the visibility of their research in their field. Repositories also spread academic research to the public by freeing content from expensive journal and database subscriptions.

CU Boulder committed to the philosophy of open access to research when the Faculty Assembly voted to approve a campus-wide open access policy in 2015. The faculty granted CU Boulder nonexclusive, worldwide license to the scholarly work of its faculty. The nonexclusive nature allows faculty to retain full ownership, including the right to further publish where they wish, but it also ensure that all research produced by the university will be accessible to people around the world via our institutional repository, CU Scholar.

Kerry Doran is a writer and curator in New York. She is currently director of Postmasters Gallery and a regular contributor to exhibition catalogs, artist books and independent publications. Her curatorial projects have been featured in Artforum, ARTnews, Modern Painters, The New York Times, Rhizome, and The Village Voice, among others. 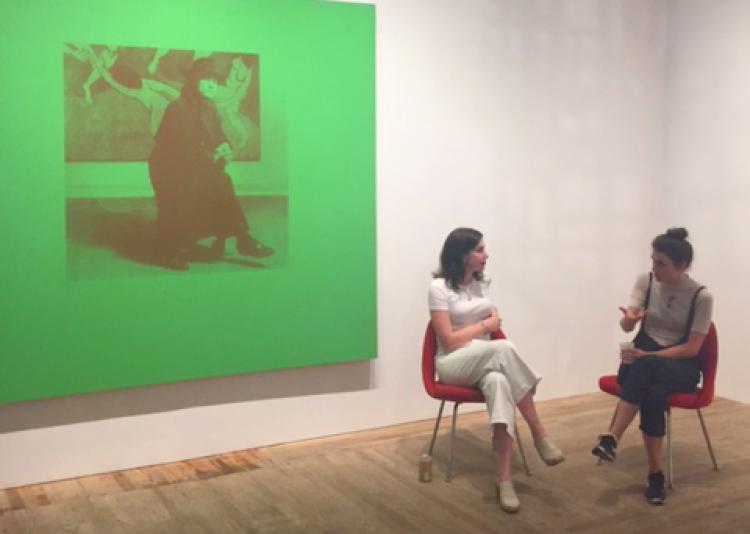 Why do you think your thesis has attracted so much attention?
The research was very timely. It deals with social media––specifically Facebook, since it was preeminent at the time of its writing, but it could be extended beyond Facebook now that Instagram is so popular, or whatever else comes next––as a network of capitalist control that repackages life as a consumer experience, all with the illusion of freedom, especially freedom of expression. The Facebook login prompt is 'What’s on your mind?’ or some variation thereof, depending on the latest update. I looked at emerging artists who were using social media platforms, or the language of social media in a visual practice, in counter hegemonic ways. A section of the thesis details my month-long performance piece that was disseminated through Facebook as a sort of experimental research-based practice.

As the research developed, I drew on my three majors: fine art, art history, and anthropology. Interdisciplinarity was crucial to the concept itself. It may have also encouraged more readership for two reasons: wider ranging interests and lack of discipline-specific jargon. I had to rely on language and ideas rather than the specific lexicon of any given field. This makes any text more accessible, which has always been important to me as a writer.

Who was the main audience you had in mind when you wrote it?
Writing it was a project mostly for myself. Of course, I wanted people to read it and still do––I was absolutely thrilled to learn there had been so many downloads in the past five years. As an undergrad, though, I thought the audience for my research would be limited to my immediate circle. Despite this, it felt like the most important undertaking in that moment because it felt like the first step in the direction of what I was hoping to become, whether that was an art historian or something else.

It's perhaps more interesting as an extant document of a given moment than for the research per se. There are screenshots of Facebook conversations interspersed with text, for instance. In that way, it's quite anthropological.

My last point dovetails with the comment about accessibility above: I experimented with traditional academic writing throughout, since the prescribed institutional language and format of a 'thesis' didn't always feel appropriate to the research. I would interject internet vernacular or refer to myself and my own subjectivity, looking toward Amelia Jones as an example, since she has inserted herself into her art historical with much success. On the off chance that an academic read my thesis as research, I was hoping to shake things up, but I also wanted the text to feel familiar to people beyond academia.

How do you feel about the University of Colorado making it, as well as dissertations and open­ source publications by faculty, available via CU Scholar?

Knowledge is meant to be open source. That’s the whole ethos of a library, right? The phrase is now associated with computing, but the concept itself predates anything digital. I think about the lineage of ideas a lot. For instance, the ‘acknowledgments’ section of any book is usually a good indication of the network in which the researcher is immersed.  (I should note here, Carole McGranahan first pointed this out to me, and since taking her Ethnography course, I never skip reading the acknowledgments.) Footnotes function similarly. As a reader, one can ascertain the cumulus research that comes together to form a book, whether it’s other authors or conversations with friends––I always mention those. My default is to credit as much as possible, to show the traces and how interconnected the generation of ideas really is. And this is what open source is about, too. We need the minds of many so that we do not have to rely on the success of one.