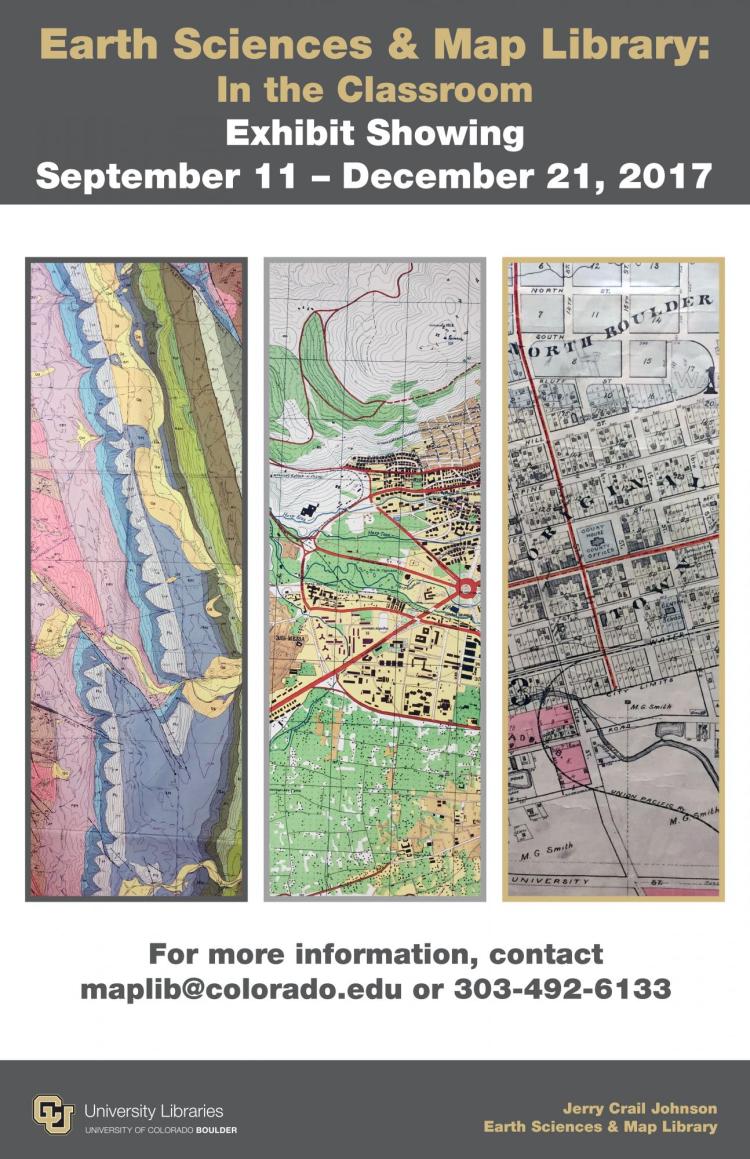 On a January morning in 1998, the Jerry Crail Johnson Earth Sciences & Map Library opened its doors for the first time. The library was named after the Johnson family matriarch, who had earned her degree in Geology from Northwestern University in the 1940s, a major feat at the time. We are celebrating its 20th anniversary, along with the Benson Earth Sciences Building (BESC), this academic year.

The Earth Sciences & Map Library was designed to be the core of the BESC and to be the new repository for the collections of the Map Library, which was located in the Norlin Basement, and the Geology Library, which was located in the Geology building. The new library was three times larger than those two libraries combined. Another major commitment was providing computers to access the emerging landscape of online journals and resources.

Since its inception, the collection of maps has grown, and now consists of an estimated 200,000 maps, over 1,000 atlases and geographic reference books, and a growing collection of digital spatial data. The Map Library is a full Federal Depository Library with a majority of its maps acquired through the Federal Depository Library Program. Of special interest are the Sanborn Fire Insurance Maps of Colorado. Sanborn maps are used by patrons for a wide variety of purposes, including environmental site assessment, architecture, urban history, and genealogy.

The Earth Sciences collection has evolved along with the field of Geology to include emerging subfields. In 2011, the collection received the Oliver C. Lester Mathematics & Physics Library’s collection in atmospheric science and geophysics. Over time, more and more of the collection became available online, and many books were moved to offsite storage, but still accessible to library patrons. In 2016, librarians began offering technical assistance and workshops on major Geographical Informational Systems (GIS) and data visualization applications. These efforts include the acquisition of new laptop computers equipped with GIS and statistical software packages frequently used in the Earth Sciences for use in the workshops.

Over the past few years, staff in the Map Library have curated a number of exhibits, showcasing collections, along with borrowed items from collectors and artists. The current exhibit, “Earth Sciences & Map Library: In the Classroom,” features materials from the collections that are used to teach classes in a wide variety of CU departments, such as geology, history, environmental design, and film. The exhibit is in honor of the 20th anniversary of the Benson Earth Sciences building.