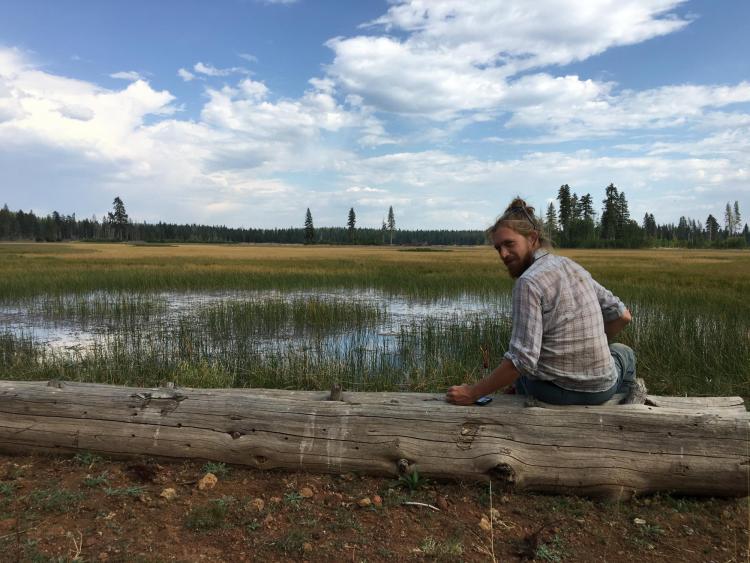 In a newly published article in the Proceedings of the Royal Society Series B, Ph.D. candidate Travis McDevitt-Galles highlights how phenological synchrony between infectious parasites and vulnerable hosts is a key determinant of disease risk, with important implications for forecasted climate shifts.

A key challenge surrounding ongoing climate shifts is to identify how they alter species interactions, including those between hosts and parasites. Because transmission often occurs during critical time windows, shifts in the phenology of either taxa can alter the likelihood of interaction or the resulting pathology. We quantified how phenological synchrony between vulnerable stages of an amphibian host (Pseudacris regilla) and infection by a pathogenic trematode (Ribeiroia ondatrae) determined infection prevalence, parasite load and host pathology. By tracking hosts and parasite infection throughout development between low- and high-elevation regions (San Francisco Bay Area and the Southern Cascades (Mt Lassen)), we found that when phenological synchrony was high (Bay Area), each established parasite incurred a 33% higher probability of causing severe limb malformations relative to areas with less synchrony (Mt Lassen). As a result, hosts in the Bay Area had up to a 50% higher risk of pathology even while controlling for the mean infection load. Our results indicate that host–parasite interactions and the resulting pathology were the joint product of infection load and phenological synchrony, highlighting the sensitivity of disease outcomes to forecasted shifts in climate.