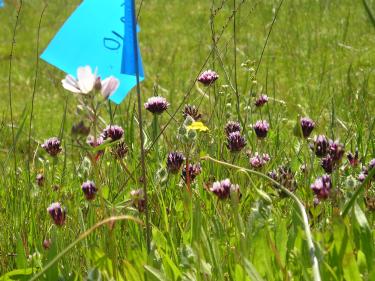 Our lab studies the ecological and evolutionary processes that drive plant distribution patterns. We are particularly interested in understanding how and why plants specialize on a subset of the habitats that are available in their environment. We are also increasingly compelled to predict the fate of rare plant taxa that depend on unique habitat conditions as they face extreme and rapid environmental change.

We study a variety of plant species that occupy interesting and unusual habitats, including vernal pools of the California Floristic Province, rock houses in the Appalachian Mountains, sandy beaches of the Great Lakes, and – most recently – slopes and mountain tops of the Southern Rockies. We currently have three main lines of research underway in the lab: