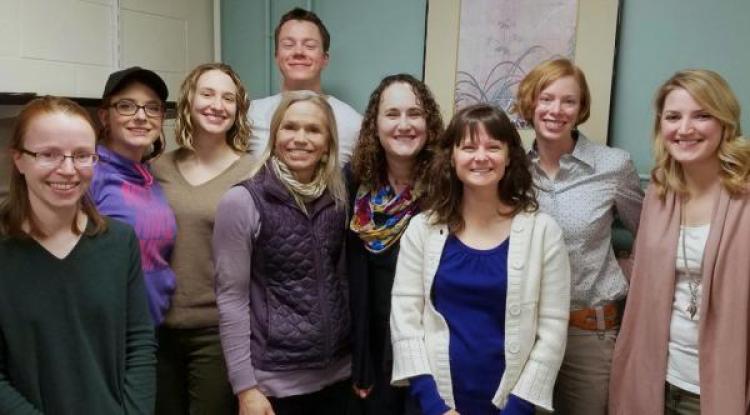 Graduate student Erin Fried (third from right) becomes the first student in the corwin lab to pass her third semester exam. Erin passed with flying colors and was complimented by her committee on her fabulous ability to integrate her education, ecology, and evolutionary biology knowledge seamlessly.  She is now finishing up her masters degree in the RE3ACH lab and planning on completing a teaching certificate soon after getting her masters.

In the mid-1800s, there were thousands of unique varieties of apple trees in the United States, some of 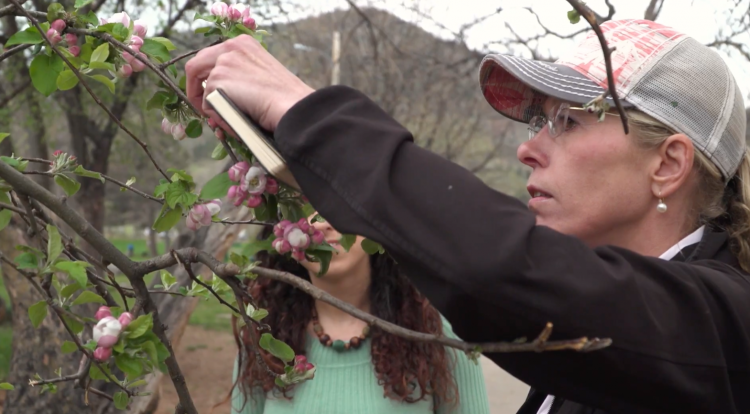 the most astounding diversity ever developed in a food crop. The apple industry settled on a handful of varieties, and the rest were largely forgotten. They became commercially extinct -- but not quite biologically extinct due to remaining abandoned trees left near old homesteads or in orchards turned into people’s backyards. This story played out in many places; one of them was in Colorado. In the late 1880’s much of the land in what is now the city of Boulder was planted for fruit production. Remnants of old orchards can be seen across Boulder County, and these abandoned trees represent cultivars that have withstood disease and the environmental stressors of the semiarid climate as well as genetic diversity absent from commercial apple production.

The RE3ACH lab and the Suding lab at CU Boulder are leading an effort to identify Boulder's historic – and potentially rare – cultivars and to preserve this diversity for future generations. We want to figure out who these trees are and how they can help the Boulder community! Numerous graduate students, community members, undergraduates are beginning to work on this large-scale project that will involve multiple efforts to characterize these trees, understand how we, as humans and Coloradans, interact with them, and unlock their potential for fruit and cider production! If you are interested in getting involved with this project, visit the Boulder Apple Tree Project website. Also, view some recent articles on the project at CU Boulder Today, 9news, and the Daily Camera. 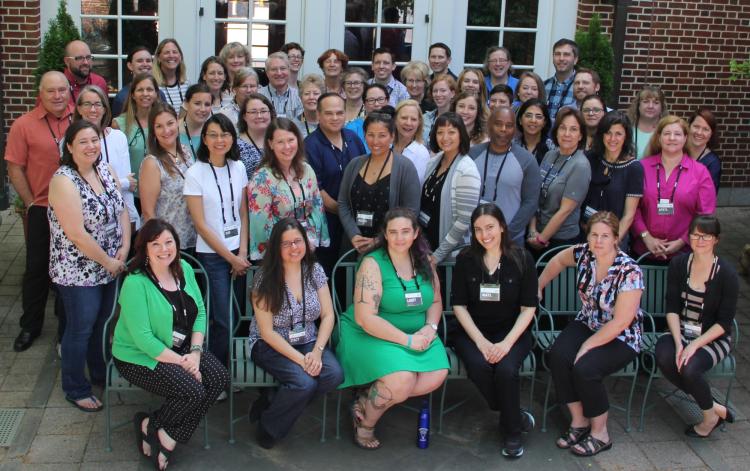 Last week marked the first meeting of the CC Bio INSITES Network (Community College Biology Instructor Network to Support Inquiry Into Teaching and Education Scholarship) funded by the National Science Foundation's Research Coordinator Networks in Undergraduate Biology Education (RCN-UBE). This community college network is designed to support Community College Biology Instructors as they engage in Biology Education Research at Community Colleges (CC BER). CC Bio INSITES recognizes the exceptional opportunities associated with doing biology education research at community colleges and the unique strengths of CC instructors as BER investigators. Indeed, CC Bio INSITES leadership believes that its members, including full- and part-time faculty, veteran and new instructors, and graduate students interested in pursuing positions at community colleges, are its most valuable asset. As such, this network seeks to empower its members by providing social, resource, and intellectual support for BER projects with the ultimate goal of increasing representation of CC studies in the BER literature. This launch network meeting was graciously hosted at Howard Hughes Medical Institute (HHMI) in Washington D.C. "

Launch of Failure as a Part of Learning: A Mindset Education Network 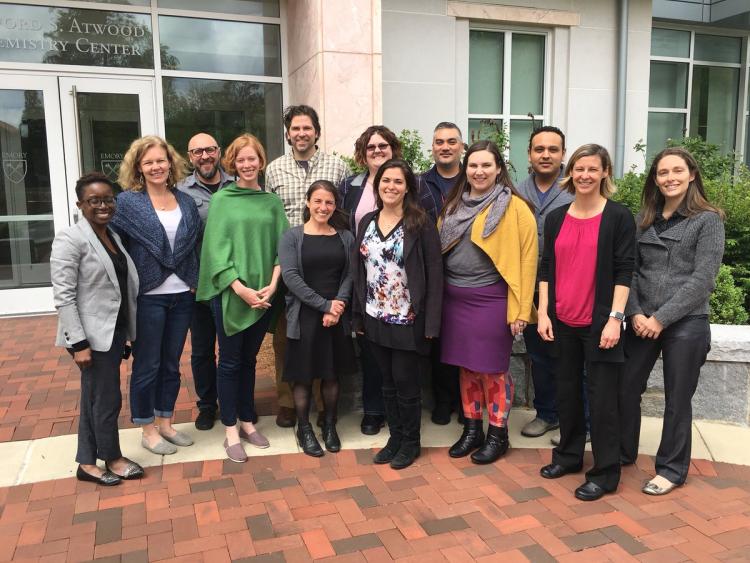 April 15th marked the first meeting of FLAMEnet at Emory University. Led by PIs Jen Heemstra, Lisa Corwin and Lou Charkoudian, FLAMEnet is a collaborative group of STEM instructors, psychologists, and education researchers that seeks to understand how students’ mindsets’ among other psychological and dispositional factors influence how they deal with challenges and failures in STEM classrooms. FLAMEnet is centered on the creation of interventions and innovations that can be implemented in the classroom to help students deal with STEM failures and challenges in productive and healthy ways. Over the next year, FLAMEnet members will embark on a project that designs mindset interventions for students in their classes, implements these interventions, and studies their efficacy. Should this prove successful, the interventions will be broadly disseminated. 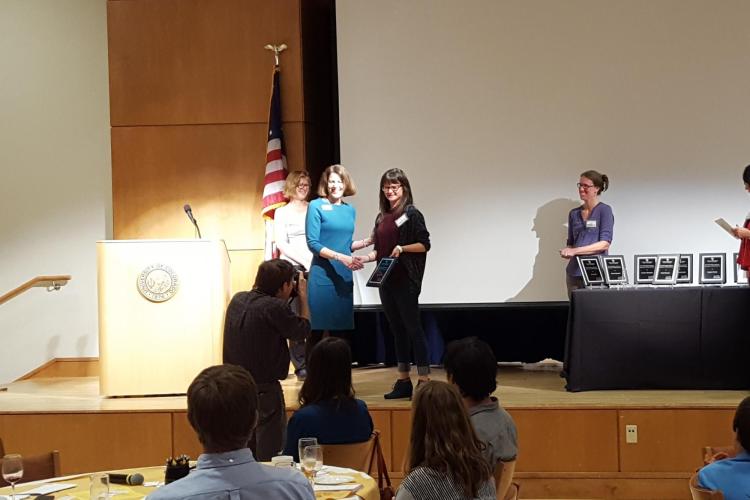 The Chancellor's Awards for Excellence in STEM Education were established in 2009 to support faculty/staff and graduate student engagement in innovative research on student learning and implementation of research-based STEM education programs and initiatives. Erin has recieved support for one year of an RAship to pursue her graduate research at CU Boulder. She will receive the award in Spring and Fall 2018 to work on her project investigating how a novel biomimicry curriculum can be used to enhance students divergent thinking skills and understanding of form and function.