Hitler’s Ostkrieg and the Indian Wars: Reflections on the Process of Genocide and Conquest in the Nazi East and the U.S. West

In his lecture, Professor Edward Westermann will offer a comparison between the National Socialist conquest of Eastern Europe and the Soviet Union and the process of U.S. westward expansion between 1850 and 1890. His talk will offer important insights into the similarities and the differences between the two national projects of conquest and the acts of atrocity and mass killings that accompanied them. 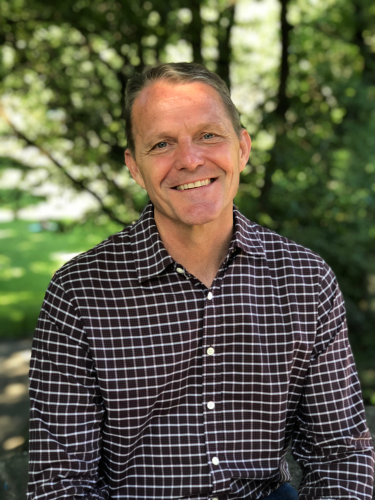 Edward B. Westermann is a Professor of History at Texas A&M University-San Antonio. He received his PhD in History from the University of North Carolina at Chapel Hill. He is the author of Hitler’s Ostkrieg and the Indian Wars: Comparing Genocide and Conquest (University of Oklahoma Press, 2016), Hitler’s Police Battalions: Enforcing Racial War in the East (University Press of Kansas, 2005) and Flak: German Anti-Aircraft Defenses, 1914-1945 (University Press of Kansas, 2001). Professor Westermann has published over forty articles and book chapters in the areas of Holocaust and military history. He is the recipient of numerous research grants and fellowships: he has been a Fulbright Fellow, a three-time German Academic Exchange Service Fellow, a DeGolyer Library Research Fellow at Southern Methodist University, and most recently, a J.B. and Maurice C. Shapiro Fellow at the US Holocaust Memorial Museum in Washington, DC for the academic year 2018-2019. His current book project, Drunk on Genocide: Alcohol, Masculinity and the Intoxication of Mass Murder in Nazi Germany is forthcoming with Cornell University Press and will be published in association with the US Holocaust Memorial Museum.

Toward a History of Jewish – Native American Relations

In this lecture, Professor David Koffman will map the broad contours of the American Jewish – Native American encounter from the middle of the nineteenth century to the middle of the twentieth. On the one hand, Jews in the American west acted as agents of colonialism, seeing Native Americans as impediments to immigrant aspirations for social inclusion and economic mobility. On the other hand, enfranchised Jews of the mid-twentieth century – lawyers, social scientists, educators and journalists – promoted tools of progressive pro-Native ideology and policy. Koffman considers how Jewish interactions with Native Americans provide a unique lens through which to re-think Jewish modernity as part and parcel of the complexities of colonial/immigration history. 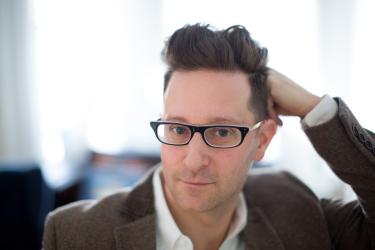 David S. Koffman (PhD, NYU, 2011) is a cultural and social historian of the American and Canadian Jewish life. He holds the J. Richard Shiff Chair for the Study of Canadian Jewry, and is an associate professor in the Department of History at York University in Toronto, where he teaches courses on Canadian Jewish history, religion in American life, the meanings of money, genealogy as history, modern antisemitism, and religion & capitalism. His first monograph, The Jews’ Indian: Colonialism, Pluralism, and Belonging in America (Rutgers University Press, 2019), explores the American Jewish encounter with Native America in the nineteenth and twentieth centuries. His published work has appeared in several volumes of collected essays, and in journals including The Journal of American Ethnic History, The Journal of Jewish Education, Contemporary Jewry, and Canadian Jewish Studies. His newest book project, an edited volume entitled, No Better Place? Canada, Its Jews, and the Idea of Home, will be published by the University of Toronto Press in spring 2020. He serves as the associate director of York’s Israel & Golda Koschitzky Centre for Jewish Studies, and as the editor-in-chief of the journal Canadian Jewish Studies / Études juives canadiennes.

Special thank you to the Bender Foundation and the family of Eileen and Richard Greenberg for their generous support.

Stay In Touch with Jewish Studies

Sign up for our newsletters to receive the latest information about our events!

Sign up for the Student, Faculty and Staff Newsletter

For information on where to park and maps of the CU Boulder Campus, please visit the Parking & Transportation Services website.