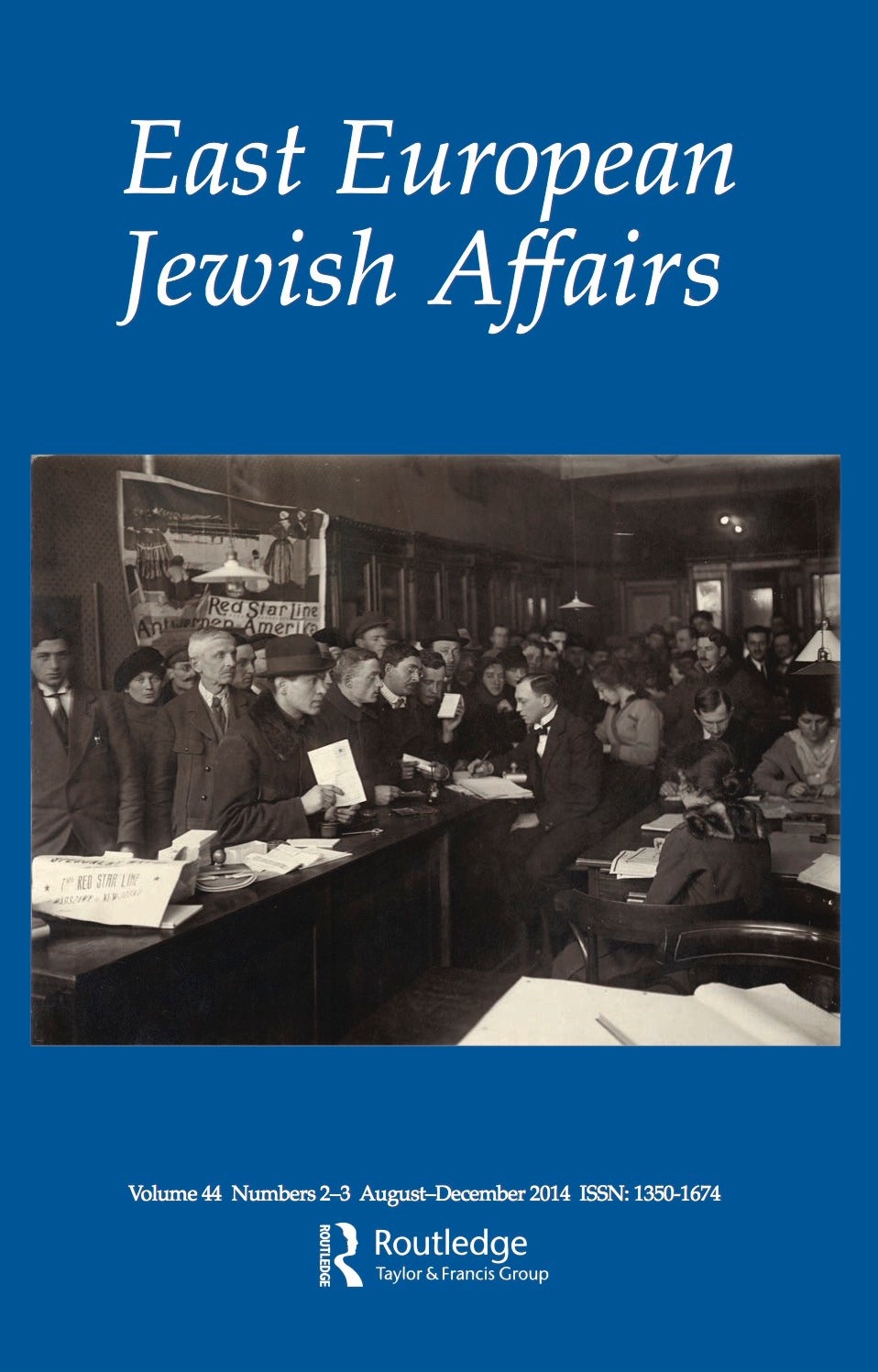 Steven Roth started Soviet Jewish Affairs (a Journal on Jewish Problems in the USSR and Eastern Europe) at the Institute of Jewish Affairs in London in 1971. The journal was originally funded by the World Jewish Congress and upgraded the status of the Bulletin on Soviet and East European Jewish Affairs (1968-1970).  The journal was founded in the early years of the global movement to free Soviet Jewry and focused on covering contemporary affairs, especially Jewish efforts to emigrate from the Soviet Union and other Eastern European states. Gradually, the journal expanded its field, and grew into the most important scholarly forum that covered a range of issues related to Soviet and East European Jewish communities. Its editors-in-chief included Jack Miller, Chimen Abramsky, Leonard Shapiro and other leading authorities in the field of Soviet Jewish studies.

In 1992, after the fall of the Soviet Union, Soviet Jewish Affairs became East European Jewish Affairs.  Under the editorship of Drs. John Klier and Sam Johnson, the journal became a central home for scholars from the former Soviet Union to publish in Jewish Studies.  With the editorship moving from England to the United States, Canada, with central support from Israel, and with editorial board representation expanding throughout Europe, EEJA is building on its past to become a truly global journal.

Current and archived issues of EEJA are available through Taylor & Francis Online. Please consider downloading articles for use in your research, general reading, or distribution in your classes.