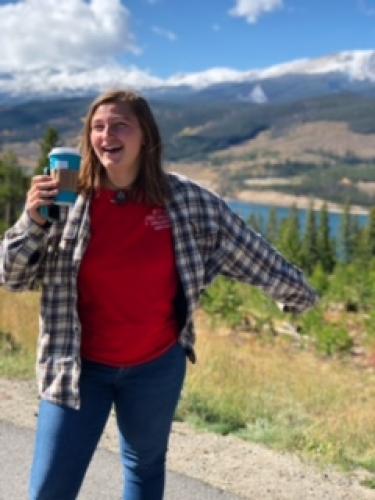 Jenna Solomon is a Freshman at CU Boulder majoring in Political Science and minoring in Jewish Studies. She is also on the Relay for Life Committee, Hall Council, and Water Polo team.

Her whole life, Jenna has been invested in her Jewish identity. She worked at Hebrew School, participated in leadership positions in North American Federation of Temple Youth, study abroad in Israel, and much more. It wasn't until her four-month trip to Israel that she found a passion for studying Judaism and it's values. Jenna plans to pursue a politically active social justice career through a Jewish lens. She hopes to use the values learned through Jewish Studies in her career and bring positive change to the world through the political process.

Jenna believes the Jewish Studies Student Advisory Board offers the perfect opportunity to create a network of individuals who share similar interests and beliefs. She appreciates the community support and small environment on such a large, unfamiliar campus and encourages anyone studying Jewish Studies to think of it as a way to view the world. Jenna says, "I look forward to furthering my own education and understanding of the world by learning in Jewish Studies and joining the Student Advisory Board!"