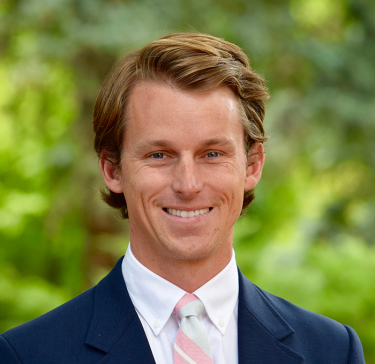 A proven government relations leader, George’s expertise is building and executing successful collaborations between industry and government partners, with a focus on national defense and international development.

Before joining the University of Colorado Boulder as Director of Industry Relations, George served as Director of Strategic Initiatives & Research Development at the University of Denver Josef Korbel School of International Studies where he expanded global partnerships and programming for the organization, while managing a broad portfolio of grant and contract funding.

Previously, George spent a decade working in Washington, DC for international consulting firms, including IBM and ICF International, where he advanced the missions of the U.S. federal government including the Department of Homeland Security, National Security Agency, and Department of Defense.

George began his career working in politics as Deputy Director of Boards & Commissions for the Governor of South Carolina and for lobbying groups in Washington, DC.

George is currently a Fellow at the Denver Council on Foreign Relations, received a Bachelor of Arts degree from Gettysburg College in Political Science and History, and holds a Project Management Professional (PMP) certification from the Project Management Institute.