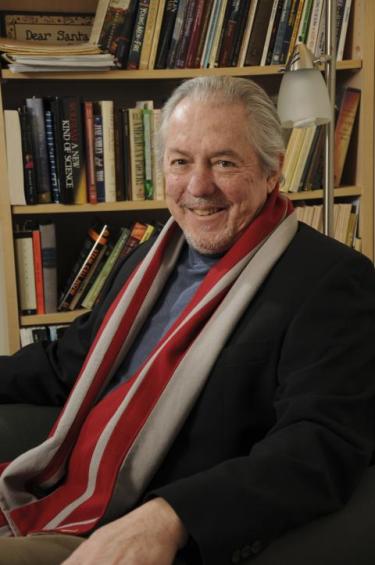 Paul was born on January 12, 1948, to Robert L. and Blanche I. (Schock) Strom in Yakima, WA. He attended Los Alamos High School. He came to Boulder from New Mexico to attend CU in 1967 where he earned a B.A. in Mathematics and Physics. He was also able to take advantage of the first Study Abroad program at the University of Lancaster, England. Paul attended Austin Presbyterian Theological Seminary where he received his Master of Divinity.

During the turmoil of the Civil Rights era and the Vietnam War, Paul became passionate about peace and social justice matters. His passion for peace and justice lead to him pursue a Ph.D. in "Religion and Social Change", which he received in 1990 from the University of Denver and the Iliff School of Theology. After completing his doctorate, he taught at the University of Denver and co-directed the Honors Program there.

He was invited to teach a course for the Honors Residential Academic Program (HRAP) called "The Ethics of Ambition" at the University of Colorado.  Not only did Dr. Strom teach a version of this course until his retirement in 2019, but this teaching opportunity led to the invitation to direct the HRAP, a position that he held from 1999 until 2012. He also taught “Nonviolence and the Ethics of Social Action” which reflected his personal, research, and writing interests in the strategies of nonviolent social transformation, matters he considered of great urgency. While teaching, Paul was awarded three teaching awards.  Twice he received the Marinus Smith Award from the CU Parents Association. He then won the prestigious 2016-2017Award for Excellence in Teaching and Pedagogy from the Boulder Faculty Association.  He would have described his time at CU as the most unimaginable experience of his career.

When he wasn’t on the CU campus he could be found hiking, climbing, snowshoeing, or skiing, especially in his beloved Rocky Mountain Park.  He also loved cycling with his family and friends. Being a husband, dad and grandfather were the most important roles in his life.