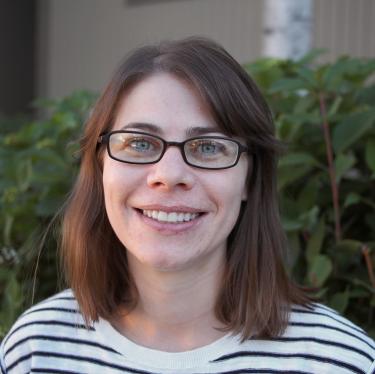 Laura Rabinowitz joined the Herbst Program for Engineering, Ethics & Society in Fall of 2016. Her research focuses on ancient Greek ethical and political thought, particularly the virtue of moderation in Plato and Aristotle. Her work on classical texts pays special attention to the interplay between philosophic ideas and their dramatic contexts. She is also interested in virtue theory, ancient and modern, and its relevance for contemporary moral and political practice.

Prior to her arrival at CU, Dr. Rabinowitz spent two years at the University of Toronto as a postdoctoral fellow in political theory. At Toronto she taught courses on the relation between virtue and politics, drawing on classical works of literature, history, and philosophy. At Herbst Dr. Rabinowitz continues to teach interdisciplinary courses grounded in the careful study of primary texts. She is also co-director (with Dr. Lisa De Alwis) of Herbst’s new Global Seminar in Austria: Voices of Vienna, a program that grew in part out of her long-standing interest in 19th and 20th century Viennese intellectual and art history.

Dr. Rabinowitz received her PhD in Government at the University of Texas at Austin, specializing in Political Theory and Public Law, and her BA at Skidmore College, with an interdepartmental major in Philosophy and Government. In both places she received broad training in the history of European philosophy with an emphasis on Greek thought.