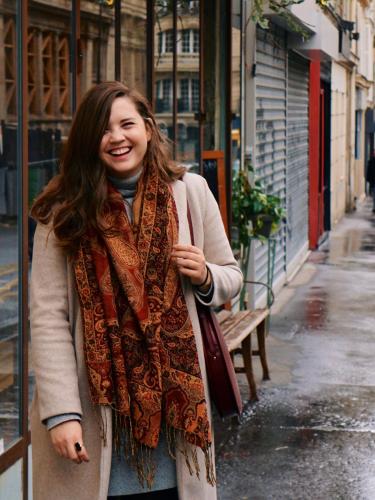 Emily Martin is a first-year PhD student interested in eighteenth-century French literature, journalism, and social movements, particularly in the cultural construction of the citizen and the other. She also enjoys working with language learners and is interested in language pedagogy and sociolinguistics. Additionally, she has served as co-chair for the CU French Club since 2017.

Prior to her doctoral studies, Emily completed the French MA program at CU, and previously studied French and International Studies at the University of Denver. As an undergraduate, she completed a year-long exchange program at Sciences Po Paris and interned at the French National Archives. She then taught English at the Lycée Henri IV in Paris with the Teaching Assistant Program in France. Before coming to CU for graduate studies, she spent two years working as an associate at the Center for Effective Global Action at UC Berkeley.