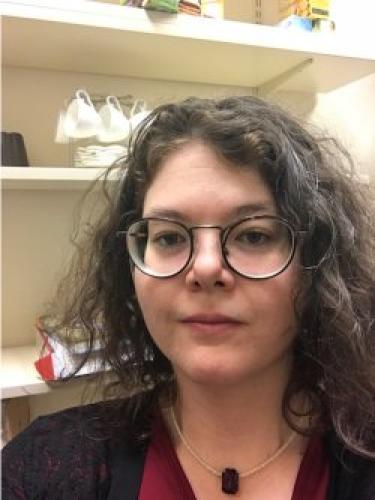 Arianne (Ari) Margolin received her dual-PhD in French Language and Literature from the University of Colorado-Boulder and the Université d'Aix-Marseille in 2018, a BA in Physics from the University of Montana in 2006, and is currently working toward an MS in Applied Data Science and Cybersecurity from Syracuse University.  Her book manuscript, La question de la pluralité des mondes en France au XVIIe siècle, explores how the Copernican Revolution directly influenced French philosophy and literature of the long seventeenth century.  On this subject, Ari has spoken at several institutions, most notably at Oxford University, the National Air and Space Museum, Smithsonian, and Stanford University-Mills College.  Her forthcoming co-edited volume (with Erika Mandarino), Newton as Sublime : Depictions of Isaac Newton in Literature and Art, offers a multidisciplinary approach to the perception of Newton as genius or charlatan through the eighteenth-century notion of the sublime.  In addition to her research program, Ari has spent over ten years in higher education, having taught at CU-Boulder, the University of Denver, Colorado College, and the University of Maryland Global Campus, as well as several years of work experience in consulting, localization, and translation.
Research Interests
Return to the top of the page