The Last Stargazers: True Stories and Adventures of Astronomy with Dr. Emily Levesque 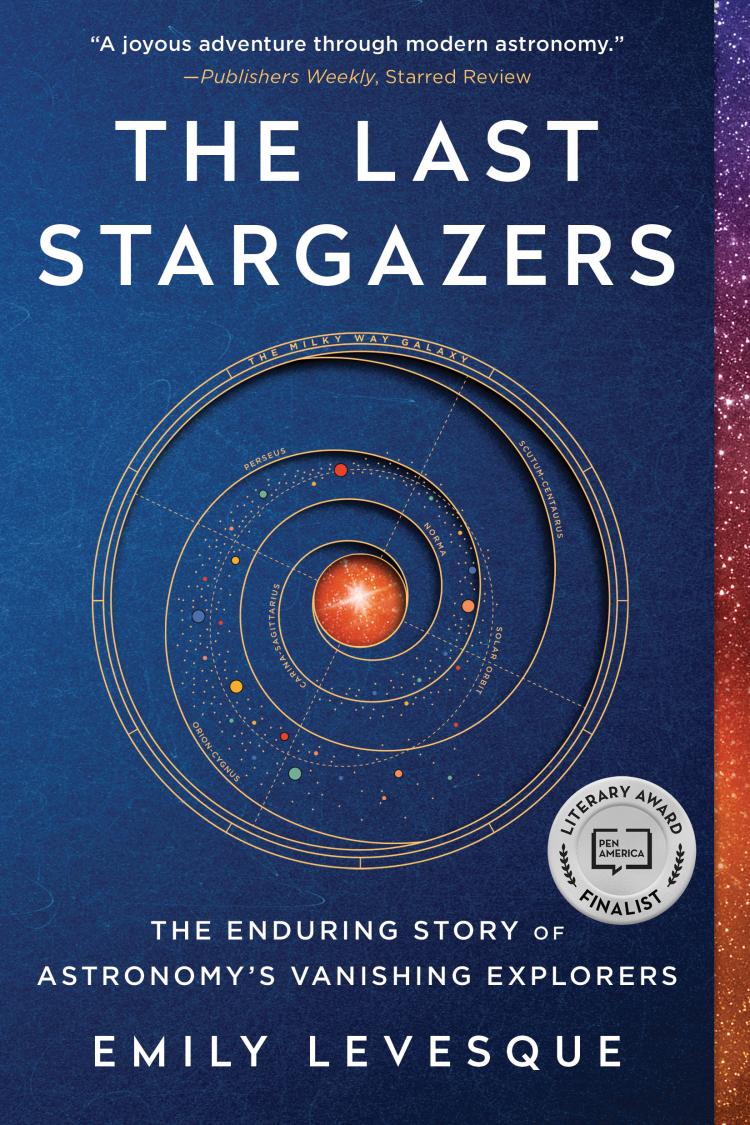 Have you ever gazed at the night sky and pondered what's out there? Have you wondered if the universe has an end, what's inside a black hole, or if aliens are peering back at us from a nearby planet?

Would you brave blizzards, gunfire, earthquakes, and explosions to find out?

Join award-winning astrophysicist Emily Levesque, author of the critically-acclaimed book The Last Stargazers, for this thrilling behind-the-scenes tour through a scientific world that's less white lab coat and more Indiana Jones. Astronomers adventure across the world's highest mountains and to the literal ends of the Earth in the hopes of answering some of humanity's oldest questions: "Who are we?" "Where did we come from?" "Are we alone?" Along the way, they grapple with everything from erupting volcanoes to marauding squirrels, facing a rapidly-changing night sky and a technological renaissance that's changing the very nature of how we study the stars. From a breathtaking flight through the Antarctic stratosphere to tall tales of wild bears loose in the observatory, this evening of storytelling and science will take you on a sweeping exploration of today's most exciting astronomical discoveries and introduce you to the people who make them possible.

Emily Levesque is an astronomy professor at the University of Washington studying how the most massive stars in the universe evolve and die. She has climbed up a five-story telescope in Arizona, napped next to a giant tarantula in Chile, and shivered through experimental aircraft training in New Zealand for her research. Her academic accolades include the 2014 Annie Jump Cannon Award, a 2017 Alfred P. Sloan fellowship, a 2019 Cottrell Scholar award, and the 2020 Newton Lacy Pierce Prize. She earned a bachelor’s degree in physics from MIT and a PhD in astronomy from the University of Hawaii.

There will be a book signing following the talk.