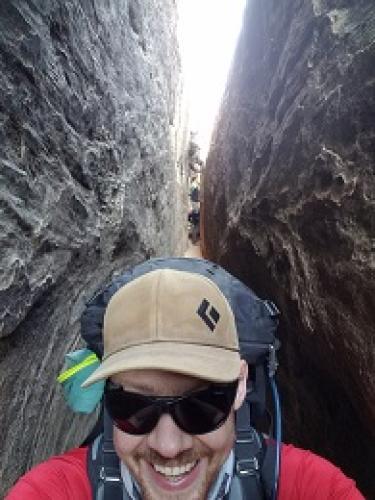 Rob Streeter received B.S. degrees in Electrical as well as Computer Engineering from the University of Wyoming in 2011, and a M.S. in Electrical Engineering from the same school in 2013. He has worked on UAS decision-making algorithms and test protocols for the U.S. Air Force Academy as a Research Engineer; LMR and IP system design, deployment, and maintenance for public and private entities with Ryan Electronics, Inc.; and in 2017/18 was a winter-over Research Associate at the Amundsen-Scott South Pole Station (under employment by Leidos for the Antarctic Support Contract, which is operated by the NSF). Rob joined the group in 2019 and is focusing on the development of a passive, non-invasive internal temperature sensor leveraging a near-field surface probe and attached radiometer to determine tissue temperature based on measured thermal noise.