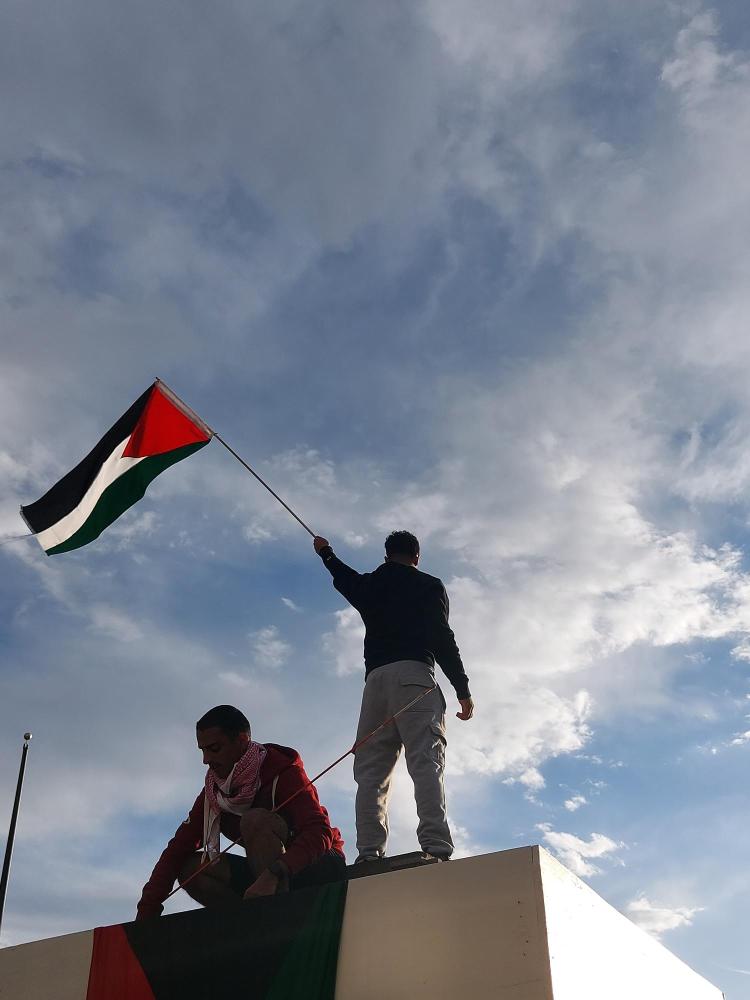 Palestine is a Feminist Issue:

The Department of Women and Gender Studies and the Department of Ethnic Studies stand in solidarity with the Palestinian people and their right to self-determination. We condemn the settler colonial violence of the Israeli state in Sheikh Jarrah and now in Gaza, and join the Palestinian call for liberation in Lydd, Nazareth and Haifa, adding our voice to the protests that have been taking place across the world, including in Colorado, in support of indigenous Palestinians' right to life, land, and return.

The loss of life anywhere is grievable.  We further acknowledge that historically, Jews have been victims of genocide.  At the same time, we caution against false equivalences between the settler colonial violence of disproportionately powerful militarized states on one hand and colonized peoples on the other. Israel's violence against Palestinians in East Jerusalem and Gazais not a "conflict" that is equally violent "on both sides." We join feminist studies colleagues in rejecting such obfuscatory language, and call for feminist academics to recognize and name settler colonial violence for what it is: whether in the case of Israeli state violence in Palestine, Indian state violence in Kashmir, or US state violence on Indigenous lands and across all occupied territories. We also call attention to the financial, policing and military connections between these powerful settler colonial and imperial nation-states and their Islamophobic and anti-Indigenous regimes. More specifically, as scholars based in the US we must take a critical stance against all the ways the US continues to support the Israeli apatheid state, including military aid  amounting to $3.8 billion per year to enable Israel to continue killing Palestinians.

As departments whose work is informed by intersectional and decolonial feminist, queer, and trans scholarship and activism, we join the scholars and activists of the Palestinian Feminist Collective in affirming Palestine as a feminist issue. We encourage our communities to read, engage, and sign the PFC pledge. In addition, we also endorse this statement by Scholars for Palestinian Freedom. Building on our prior commitments to antiracist feminist perspectives in our scholarship and activism, we amplify the legacy of Black, Indigenous, Arab, Muslim, and Jewish feminist and queer scholars and activists, in support of the long Palestinian struggle for liberation. Finally, we call on our scholarly community to engage and teach the work of feminist scholars in the field of Palestine studies; to counter the silencing of pro-Palestinian voices on and beyond university campuses via disingenuous conflations of anti-Zionism with anti-Semitism; to support the Palestinian calls for Boycott, Divestment, and Sanction against the Israeli state; and to initiate campus conversations that educate students and campus communities about indigenous struggles for liberation in Palestine, Turtle Island, Hawai'i, Puerto Rico, Guåhan, Kashmir, Tibet, and all occupied and colonized territories.

RESOURCES FOR TEACHING AND ENGAGING THE QUESTION OF PALESTINE:

James Baldwin, "Open Letter to the Born Again" in The Nation, September 1979.

Angela Davis, Freedom Is a Constant Struggle: Ferguson, Palestine, and the Foundations of a Movement, Haymarket Books, 2016.

Loubna Qutami, "Why Feminism? Why Now? Reflections on the 'Palestine is a Feminist Issue" Pledge. Spectre Journal, May 3, 2021.

Adrienne Rich, "Why Support the U.S. Campaign for the Academic and Cultural Boycott of Israel?" Monthly Review Online, 2009.

Ather Zia, “Their wounds are our wounds”: a case for affective solidarity between Palestine and Kashmir." Identities: Global Studies in Culture and Power, Volume 27, 2020.