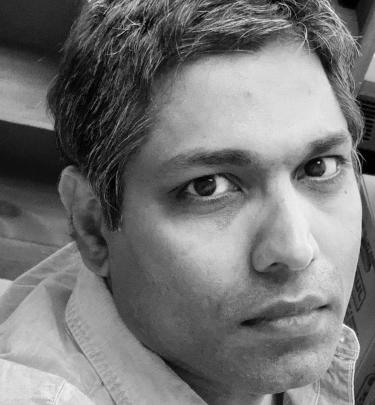 Ramesh Mallipeddi received his PhD from Cornell University in 2008, specializing in Restoration and Eighteenth-Century British Literature. His research on sentimentalism, transatlantic slavery, and the British empire has appeared in Eighteenth-Century Studies, The Eighteenth Century: Theory and Interpretation, and ELH. His monograph, Spectacular Suffering: Witnessing Slavery in the Eighteenth-Century British Atlantic (University of Virginia Press, 2016), shows how the ostensible objects of sentimental compassion—African slaves—contended with the forces of capitalist abstraction and produced a melancholic counterdiscourse on slavery. Most recently, he contributed “Profit and Power: Literature and the English Commercial Empire, 1651-1714” to Emergent Nation: Early Modern British Literature in Transition, 1660-1714 (Cambridge University Press, 2019) and “Varieties of Bondage in the Early Atlantic” to The Cambridge Companion to Early American Literature (forthcoming). His special issue of English Language Notes (co-edited with Cristobal Silva) on “Memory, Amnesia, Commemoration” was published in Fall 2019; another special issue of The Eighteenth Century: Theory and Interpretation on “Empire, Capital, and Climate Change” will appear in 2022.

He is presently at work on two book projects: the first, Expendable Lives, Disposable Lands: Racial Ecologies in Eighteenth-Century British Literature and Culture, 1627-1834, traces the conjoined histories of capitalist modernity, imperial expansion, and climate change within the context of plantation agriculture. The second project, Indignity: Rights and Reparations, is devoted to questions of bodily autonomy and subjective right in texts ranging from Richardson’s Clarissa to J. M. Coetzee’s Disgrace.

He serves on the Advisory Board of the journal Eighteenth-Century Studies (2017-2020) and on the MLA Forum Executive Committee on Restoration and Early- 18th-Century English Literature (2019-2024). In Fall 2018, he delivered the 6th Annual Edith T. Baine Lecture at the University of Mississippi; in Summer 2019, he gave one of the plenary lectures at the annual meeting of The Rare Books and Manuscripts Section (RBMS), a division of the American Library Association (ALA).