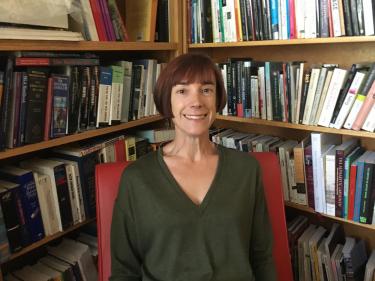 Lori Emerson is an Associate Professor in the Department of English and the Intermedia Arts, Writing, and Performance Program at the University of Colorado at Boulder. She is also Founding Director of the Media Archaeology Lab. Emerson writes about media poetics as well as the history of computing, media archaeology, media theory, and digital humanities. She is currently working on two book projects: the first is called “Other Networks” and is a history of telecommunications networks that existed before or outside of the Internet; the second is called “THE LAB BOOK: Situated Practices in Media Studies” (forthcoming from the University of Minnesota Press, 2021) which she is co-writing with Jussi Parikka and Darren Wershler. Emerson is the author of Reading Writing Interfaces: From the Digital to the Bookbound (University of Minnesota Press, June 2014). She is also co-editor of three collections: The Johns Hopkins Guide to Digital Media, with Marie-Laure Ryan and Benjamin Robertson (2014); Writing Surfaces: The Selected Fiction of John Riddell, with Derek Beaulieu (Wilfred Laurier University Press, 2013); and The Alphabet Game: a bpNichol Reader, with Darren Wershler (Coach House Books 2007).