University of Wollongong - A Virtual and In-Person Experience 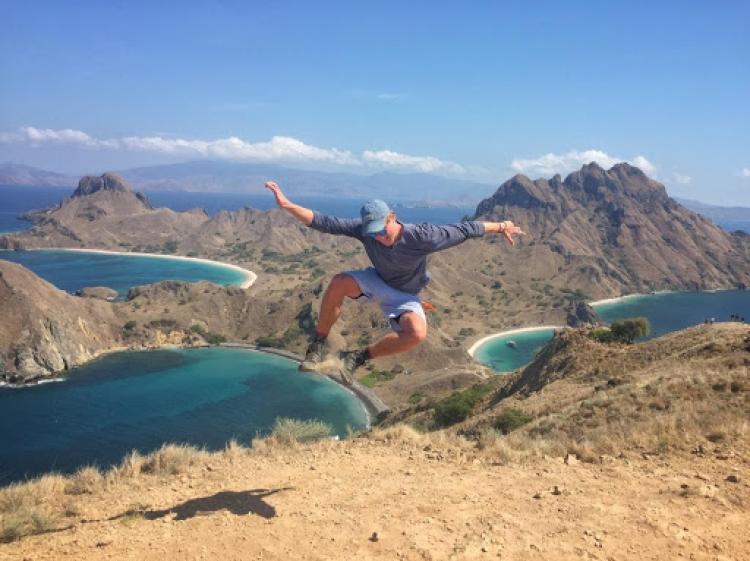 Spencer Miller during his time abroad in Australia.

Wollongong is a city located in the Illawarra region on the coastal strip between the Illawarra Escarpment and the Pacific Ocean. It is the tenth largest city in Australia, with a population of about 300,000. Wollongong is known for its port activity and beautiful coastal environment, surrounded by mountains. The city has a thriving music and theater scene, adding to the cosmopolitan feel. Additionally, metropolitan Sydney can be reached by just a 90-minute train ride, giving students the best of both city and coastal living.

The University of Wollongong is ranked in the highest 2% of universities worldwide and hosts top-tier research programs. There are a variety of clubs on campus, providing the opportunity to meet and socialize with Australian students. Exchange students can live in one of the five university residences near campus or in a private room or flat. Classes are taught in English, Australia’s de facto national language.

While the University of Wollongong is traditionally an in-person study abroad location, it has made much of its coursework available online during the COVID-19 pandemic, allowing students to partake in a virtual exchange. Anthony Nguyen is a junior studying mechanical engineering with a minor in biomedical engineering, and he is completing the virtual exchange program this semester. Spencer Miller, a mechanical engineering major, completed the in-person program his junior year, before the pandemic. Both Spencer and Anthony had great insights to share about the university, and their respective experiences studying abroad. 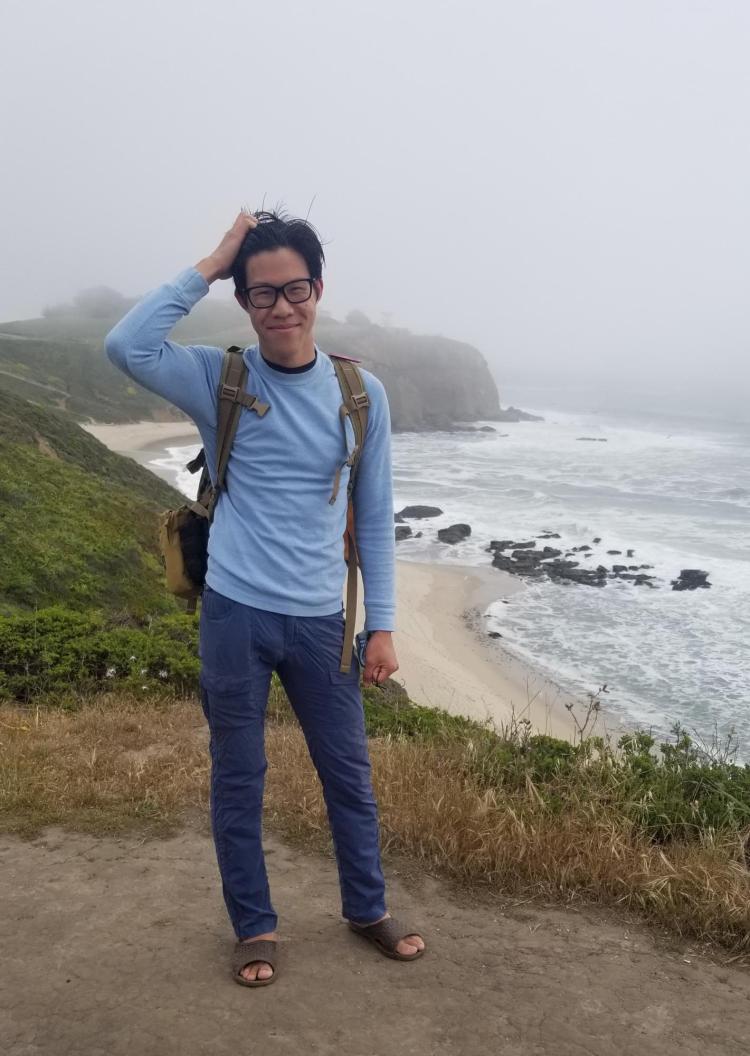 Virtual Experience
Anthony Nguyen originally planned to complete the in-person program at University of Wollongong but shifted to the virtual experience in light of the COVID-19 pandemic.

What are your first impressions of the virtual exchange program with the University of Wollongong?
My first impressions of the virtual exchange program at the University of Wollongong were that it was certainly different, and that it would be difficult to adjust to the time zone difference. However, the virtual welcome sessions they held made it feel rather natural, and I felt like I was meeting people. I was very excited to start the virtual semester; however, the course structure initially overwhelmed me before I eventually came to admire and enjoy it. I believe the hardest adjustment was understanding and navigating the online course catalogue through Moodle and getting adjusted to attending class in Wollongong’s time zone.

What drew you to this program?
This program drew me in because it is incredibly affordable, the university ranks in the top 2% in the world, and it is a stone’s throw from Sydney, giving me access to a major airport so I could visit  other regions, including the Great Barrier Reef. Additionally, it meant that I could take relatively difficult courses in a country that is still English-speaking.

Where are you taking your virtual classes from? How do you think that's affected your experience so far?
I am currently taking my virtual classes from my parents’ home in Federal Heights, CO. When classes started in August, I actually started taking my classes in California at my significant other’s home but have since driven back to Colorado. Some days it is very hard to focus on school, and other days I find it nice that I have everything I could need for schoolwork within my home.

In terms of motivation, I would say attending the University of Wollongong virtually isn’t as hard as taking virtual classes at CU was last semester when COVID hit. Generally, the University of Wollongong encourages you to further your knowledge of the course subject by doing your own research, using other resources and exploring things on the internet. UOW's emphasis on teaching yourself outside of the classroom makes me want to go to class and do more research so I can do the best I can. For most courses, lectures only occur once a week on Mondays, so you have the whole rest of the week to learn and figure things out. On the other hand, CU holds most classes two or three times a week, and most everything you will need in the class is presented in lectures. While UOW similarly presents concepts in lecture, the actual learning and understanding comes from the tutorials and practicals for each course and the independent research. You almost have to instruct yourself out of the classroom to get full understanding. Since CU presents nearly everything to you in lecture (at least in engineering), there is very little thought required outside of class. Overall, I feel better about my performance in courses and will retain more from instructing myself at UOW than I have with the courses taken at CU.

UOW makes me want to work harder. Because there's so much time left to my own devices, I have a lot more freedom in choice in what I do and when I do it. Since this independent learning is emphasized, I find myself wanting to study, rather than go do something more divertive like going on a hike. Over halfway through my semester at UOW, I still find myself wanting to do better, and I don't think this feeling will burn out. The difference in teaching style and what professors emphasize has changed how I feel about virtual classes and has helped my motivation levels.

Given that you're taking your courses virtually, do you feel that you're still able to gain some of the cultural immersion that you would have if you were living in Wollongong?
I think that with the virtual meetings that the University of Wollongong’s Office of Global Student Mobility offers, I am still able to gain some immersion in Australia’s culture. So far they’ve had a welcome meeting and a flora and fauna meeting, though I was not able to attend the latter. I had a very good time at the welcome meeting and met a lot of people from interesting places. Additionally, courses are often structured with group assignments. All four of the classes I am taking include some group assignment. In three of the four, I have met and made friends with people who have been very kind and understanding of the abroad situation. The fourth does not hold actual live classes, and as such it is not as easy to meet people. Tutorial sessions are a possible avenue for meeting others, but I find it harder as I tend to focus on the problems. I do wish that there was more of a cultural aspect, such as a social hour every week or maybe a meal. The next student mobility meeting concerns cooking, which I am very excited about, but since they happen only once a month or every three weeks there isn’t much interaction. Regardless, we have been encouraged to use Facebook and other connection services to talk to one another, and I am grateful for that.

How would you rate your experience so far on a scale of 1-10?
I would rate the experience as an 8. I am very happy to be studying virtually at the University of Wollongong, including my courses and their difficulty. I am likewise happy to have connected with a number of interesting people. Of course, I do wish that I was physically in Australia, and this experience fuels my interest in visiting someday.

In-Person Experience
Before studying abroad, Spencer Miller had traveled to places like England, Turkey, and Peru with his family, but he had never been away from home alone. 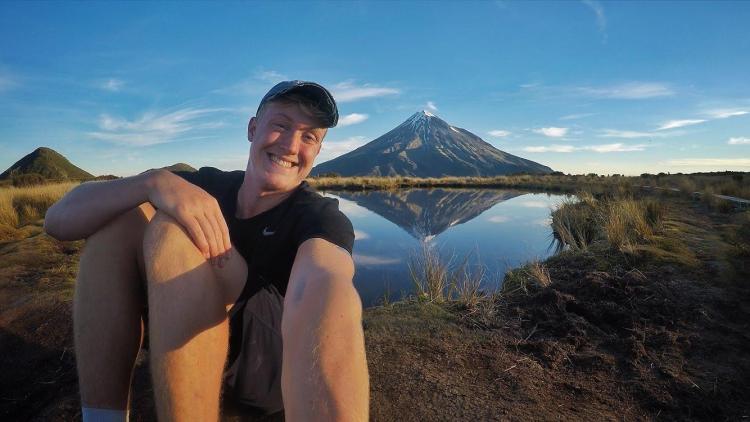 Spencer Miller during his travels around Australia, Indonesia, and New Zealand.

Being alone in a new place provided him with the opportunity and motivation to talk to new people. On his first day in Wollongong, he met so many other students that he had to write all of their names down to remember them. Spencer still keeps in contact with many of the people that he met in Australia, and now has places to stay in France, Denmark, and all over the world.

Although he said that many aspects of Wollongong felt like home, he was often surprised by unexpected sightings around every corner, like a tropical parrot or an exotic plant.

Spencer took courses in both mechanical engineering and humanities and social sciences during his exchange, allowing him to stay on track with his degree while still having a lot of free time to explore. The education system was different than it is in Boulder; there’s a lot more emphasis on independent study, which meant fewer classes and notably less homework, yet exams were just as challenging. Although he prefers the system at CU because it keeps him on track throughout the semester, he was glad to have experienced a new style of learning.

Spencer traveled extensively around the coast of Australia, Indonesia, and New Zealand. During spring break he undertook a solo excursion to the islands of Indonesia and lived out of his backpack. He saw Komodo dragons, went to Bali, and visited Yogyakarta, the spiritual capital of Indonesia, which houses the largest Buddhist temple in the world. Spencer also collected a lot of stories while hitchhiking around New Zealand. Although many of his trips didn’t go exactly the way that he thought they would, he was relieved to discover that everything worked itself out. The spontaneity of not knowing where he was going or where he was going to sleep taught him about his ability to adapt to and enjoy uncertain situations, embracing experiences that he wouldn’t be able to recreate. 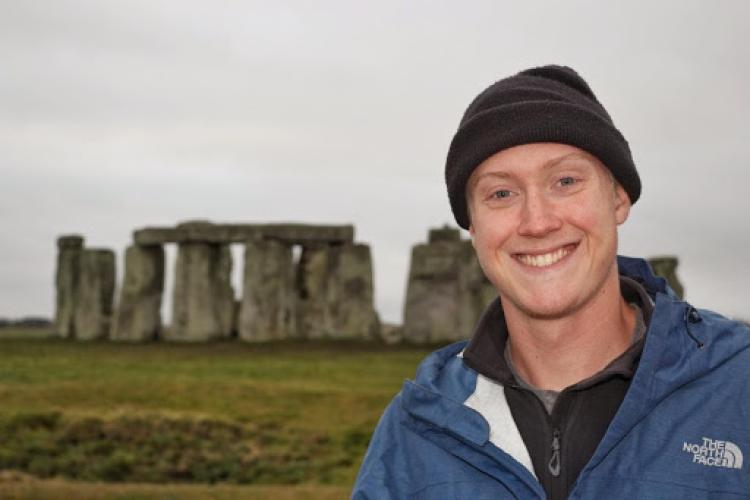 One of his favorite memories from his time studying abroad was unexpectedly meeting an old boat captain while trying to find a place to sleep during his backpacking trip. The captain gave Spencer a meal on the deck of his boat and provided a place to sleep. Even though the captain barely spoke English, they were able to have a five-hour long conversation, communicating mostly with gestures and facial expressions.

Spencer is thankful for the experiences that he had that taught him to take care of himself and think completely for himself for the first time. Without parents or an advisor to tell him what was best for him, he learned to make decisions for himself and to be accountable for his actions. Even though he was homesick at times, Spencer learned that being present and focusing on the unique moment he was in helped him enjoy his experience much more. He had to “just remember that [he] was on the other side of the world.” Spencer encourages others studying abroad to try to do everything, “even if it’s scary!” Studying abroad taught him things about the world, and about himself, that he would not have learned  had he remained in Boulder. Studying abroad completely changed his perspective to think globally. He now sees more clearly how the things that he creates as an engineer will affect people around the world. Spencer has realized that thinking globally in the field of engineering allows him to engage all kinds of people, whether they’re from Boulder or Yogyakarta.