Global Seminar “Leading and Managing across Cultures in Northern Europe” 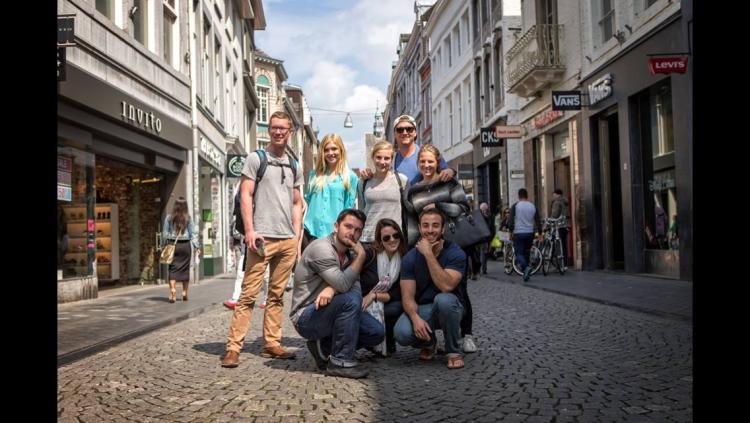 When Levi Pearson stepped off a plane alone for a month-long global seminar in the Netherlands, the commotion of people shouting in several foreign languages was jarring. But he successfully negotiated customs, trains and taxis to arrive at his home base in Maastricht.

Just getting there was a process that generated greater understanding for the engineering student.

“When you’re on a multicultural team, it makes you more empathetic when someone struggles to communicate,” he says.

Pearson and his peers traveled overseas as part of a faculty-led global seminar called “Leading and Managing across Cultures in Northern Europe,” offered through the Leeds School of Business. During his term, Pearson earned course credit and traveled to cities in Germany, Luxembourg and Belgium. The course, which focused on cross-cultural business management, was a nice break from the technical rigors of engineering, he says.

While abroad, Pearson toured large multinational companies like UPS and even sat in on a European Union council meeting.

“We got to see how a culturally diverse continent functions when they’re so densely packed together, and that really opened up a lot for me, engineering-wise, to see how different cultures think,” Pearson says.

The experience continued to benefit Pearson after he returned to the United States. After he scored an internship the following summer with Medtronic, the global medical device company, he asked the hiring team why his application stood out.

“They pulled out my resume, and they showed me what they had highlighted,” Pearson says – his international experience. “It really set me apart.”