A Semester in Hsinchu, Taiwan 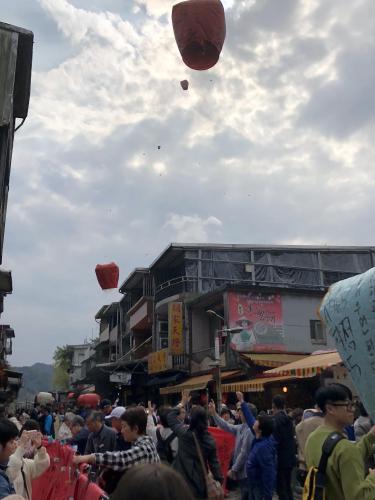 Hsinchu is the oldest city in northern Taiwan. It has a relatively small population of around 35,000 people and is a little over an hour from the capital, Taipei, by train. Hsinchu is surrounded by beautiful mountain areas, and the constant wind gusts from the Taiwan Strait keep the city pollution-free. Hsinchu is home to The Science Park, also known as Taiwan’s Silicon Valley. The city is known for its technology and also its high-quality decorative glass art products.

Hsinchu is home to National Chiao Tung University, a top-tier research university renowned for its excellence in engineering, computing, and science. Students can live in dorms or apartments. Classes are taught in English, but all students have the opportunity to take Mandarin language courses as well.

Francesco Vassalli is an engineering physics major and completed the NCTU program during his junior year. He shared a wide array of valuable information about his academic experience and his time living in Taiwan.

Vassalli’s father is an immigrant from Switzerland, so he and his family visit Switzerland frequently. He has also traveled to South America with Engineers Without Borders. Based on his previous experiences, he wanted to study abroad in an unfamiliar region. He chose this specific study abroad program primarily because of the coursework offered, and also because he wanted to learn more about Asia and Asian cultures. Through his time there, he gained a new perspective on the relationship between China and Taiwan and the regional history that has made Taiwan a melting pot of influences and cultures. Vassalli also mentioned that Taiwan is socially similar to the United States, with Eastern values and traditions mixed in. If a student is interested in learning about East Asia, Taiwan is a great place to do so. 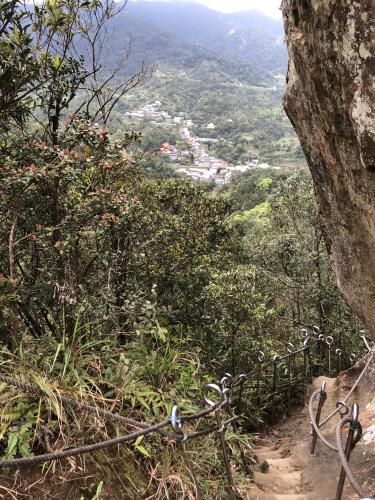 A view from a hike Vassalli took during his free time.

Even though courses at NCTU are taught in English, Vassalli learned some Mandarin before the program and picked up more while he was there. Mandarin was widely spoken among his classmates, despite broad knowledge of English, and Vassalli shared an apartment with European exchange students from several different countries. Vassalli said he felt less academic pressure in Taiwan than he does in Boulder, especially since CU counts study abroad coursework as pass/fail. It is very common for students in Taiwan to take six classes with the same credit amounts at CU, but it is also very common for students to fail a class. Failing a class is not viewed as negatively there as it is in the U.S. because the Taiwanese job market is much less sensitive to GPA. Vassalli said it is hard to do well in some courses, but if you try and put the effort in, it is hard to fail. He also had much less homework there, as academic culture in Taiwan is more independent, meaning students are responsible for keeping up with course content between exams. The courses at NCTU are very similar to those in Boulder, and one of Vassalli’s classes even used the same textbook that CU does. 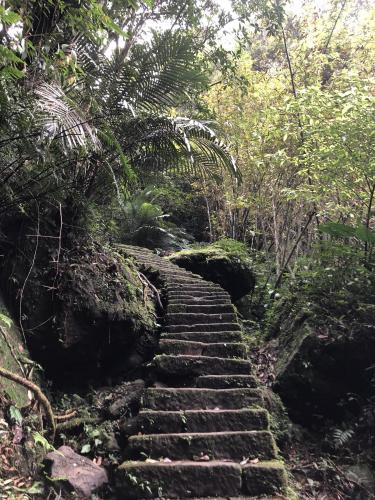 Students have the option to live in either dorms or apartments. Vassalli recommends getting an apartment, as the dorms are similar to CU Boulder’s but smaller and more crowded. Vassalli shared an apartment with three other students. He remarked that it was nicer than his place in Boulder and also cheaper. He got around using public transport and a bicycle. Vassalli recommends getting an apartment without a kitchen. The population that eats out in Hsinchu is so large that it keeps the price of food extremely low—he ate out for every meal for almost five months! In general, Taiwan is an affordable place to live, and Vassalli worked off his normal budget that he uses in Boulder for travel, flights, food and other living expenses.

For the first few months Vassalli spent in Taiwan, he traveled to different places around the country using the train system. Between the trains and the subway system in Taipei, he said it was super easy for him to get around. Hsinchu is a more industrial city, so he often traveled to Taipei to experience big events and a younger demographic. A bus line runs between the two cities, and a new bus leaves every three minutes, making it even easier to travel.
Taiwan’s geography is beautiful and unique. It is a very wet and rainy place, with a sort of jungle feel. Vassalli spent lots of time hiking through the mountains and biking around the island through beach and mountain landscapes. Due to the pass/fail nature of study abroad grading, Vassalli said he had more free time in Taiwan than he would have in Boulder. 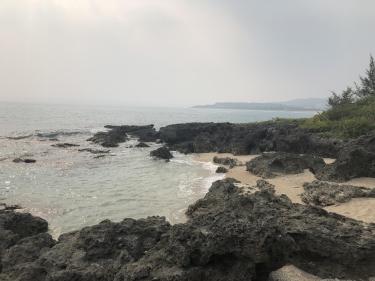 A beach Vassalli visited while in Taiwan.

Vassalli remarked about how unique of an experience his study abroad was. He also strongly recommended students look into the food options offered in Taiwan, as the diet there is very different than that of the United States. If you are vegetarian or vegan, there are plenty of options, but make sure to learn the Mandarin so you can request those specifications. Vassalli said he believes the program would be a good fit for anyone who wants to learn more about Asian or Chinese culture and anyone who is interested in the engineering courses offered by NCTU.