Elections matter.
Your vote. Your voice.

Voting in local, state and national elections is one of the most important duties of an engaged citizen. College-age voters account for almost one-third of the eligible voting population.

Voting is more than just electing a candidate, it’s choosing the policies and people who have your best interests in mind when making decisions that will affect our community, state and nation. When you vote, you are taking an active role in deciding about issues such as health care, equal opportunity, voting rights, infrastructure, jobs, education, neighborhood safety, taxes, etc.

Don't let others decide for you. Do you want someone else deciding for you the laws that will affect your family and community?

A Portland State University study found that fewer than 15% of eligible voters were turning out to vote for mayors, council members and other local offices. Low turnout means that important local issues are determined by a limited group of voters, making a single vote even more statistically meaningful.

What’s on the ballot?

Many questions are on this year’s ballot. Here are a few that may be of special interest to the CU Boulder community.

Boulder voters will be asked to consider five City Council seats in the Nov. 2, 2021 municipal election.

Ballot question 300 would increase the occupancy limit of Boulder homes from three unrelated people to the number of people equal to the number of legal bedrooms—plus one additional person—provided that health and safety codes are met.

Would increase availability of housing for everyone and allow people more options when choosing a home or renting rooms.

Residential density of some areas might increase, which might lead to more noise, parking limitations and higher traffic volume.

CU Boulder South is a 308-acre property owned by the university that was recently annexed by the city through an agreement with the university that includes dedication of half of the site for city-owned flood protection and open space, and limited development, primarily of housing for faculty, staff and students. This ballot measure seeks to place restrictions on any annexation of CU Boulder South and also require approval by the voters before annexation could occur. Because the city has already annexed the site, city officials have stated that this ballot measure is forward-looking and could not affect the current annexation agreement, only future ones. However, opponents of annexation are gathering signatures for a referendum that could overturn City Council’s decision and cause de-annexation. If de-annexation were to occur, passage of 302 could affect any future annexation of CU Boulder South.

Supporters of this measure have long opposed any university development at the site.

If passed, this measure would create several additional restrictions on any annexation and give voters the final say over whether an annexation agreement should move forward.

The approved annexation agreement already contains several limitations on what the university can and cannot build at the site, and was approved by a strong majority (6–1) of City Council following years of flood mitigation planning and discussion by numerous city and county boards and commissions, as well as the community.

Passage of this measure could threaten the current agreement through legal challenges and halt the significant community benefits provided by the agreement, including flood protection for thousands of Boulder residents, new permanently protected open space and about 1,100 units of housing.

Extending the current Extension of Community, Culture, Resilience and Safety Sales and Use Tax to increase Boulder’s financial resiliency. This tax is an existing sales and use tax of 0.3%, scheduled to expire Dec. 31, 2021, and this ballot question is asking whether it should be extended to Dec. 31, 2036, to fund mostly local infrastructure, with some funding for the arts.

Learn more about the City of Boulder ballot measures and candidates

The Legislative Authority for Spending State Money would require a legislative appropriation before the state’s executive branch could spend money, including federal relief dollars. This is a constitutional amendment and requires a 55% vote to pass.

The Learning Enrichment and Academic Progress Program would increase the marijuana sales tax to fund parent-chosen, out-of-school learning opportunities such as tutoring for students ages 5–17.

The Property Tax Assessment Rate Reduction would decrease multifamily and lodging property tax rates throughout Colorado, reduce local property tax revenue by approximately $46 million in 2022 and $50 million in 2023, and thereby increase the state’s spending requirements in those same years to make up for the lost revenue to school districts.

Learn more about Proposition 120 and all statewide ballot measures.

Ballots were mailed to active registered voters Oct. 8 and continue to be mailed as people update their registration addresses or register to vote for the first time.

To check your voter registration to ensure your ballot reaches you, or to register to vote, visit GoVoteColorado.gov. Monday, Oct. 25, is the last day county clerks can mail ballots, but Colorado does not have a voter registration deadline.

Whether you are voting in Colorado or your home state, make a plan to vote today!

On-campus students should follow these special instructions for entering your address so your mail ballot can find you. If you don’t have a Colorado driver’s license/state ID, you can wait to register in person with your Buff OneCard at the UMC Vote Center starting Oct. 25. This is for voting in Boulder County only—if you want to vote from another Colorado county, you must update your registration online to receive a mail ballot.

Out-of-state students may request an absentee ballot from your home state. (Act now! Deadlines may apply: vote.gov.) Or they may register to vote in Colorado (see GoVoteColorado.gov).

In-person registration and voting begins Oct. 25 at the UMC. Visit the Vote Center at the UMC to register to vote and/or get a ballot/vote in person. ID required (Buff OneCard accepted). Colorado does not have a registration deadline—you may register and vote up to and including Election Day, Nov. 2.

CU Boulder also has two 24-hour drop boxes: Outside the UMC closest to Euclid Avenue and one at Williams Village.

Any Colorado voter may use these boxes or any other Boulder County drop box (out-of-county ballots will be rerouted to the correct county). If voting an out-of-state ballot, please follow its ballot return instructions. 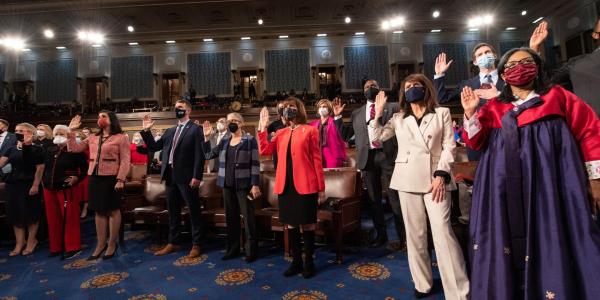 Women politicians drive spending on education and healthcare—to a point 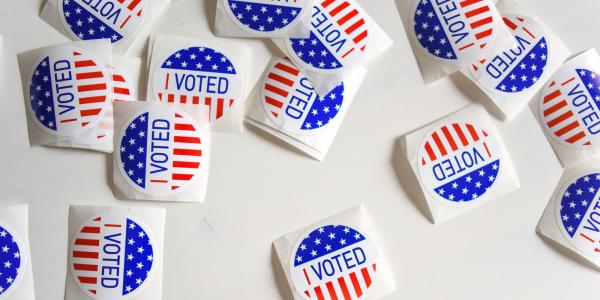 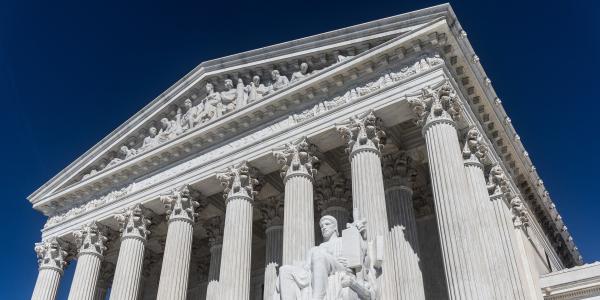 What’s next for voting rights after Supreme Court ruling?

Pro tip. The most common reason a ballot is discarded is an inability to verify the signature on the envelope, and young voters are the most likely to have their ballots discarded for this reason. Learn more about the importance of your signature in this Boulder County Clerk & Recorder video.