Climate change affects our whole planet from it's wildlife to it's weather patterns. The statistics below are not meant to alarm you, but to paint a picture about what we're really facing. 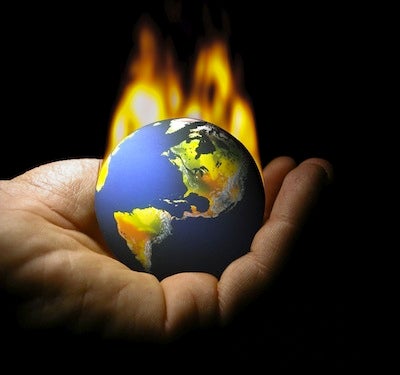 "The danger posed by war to all of humanity - and to our planet - is at least matched by the climate crisis and global warming," he said. "I believe that the world has reached a critical stage in its efforts to exercise responsible environmental stewardship." -United Nations General Secretary Ban Ki Moon

Climate change affects each part of the globe differently. Because of Earth's biodiversity, changing weather patterns and geographic variety, each region in the world will have to deal with their own set of consequences brought on by climate change. This could mean increased intensity and frequency of major weather events such as hurricanes and tornadoes, or prolonged periods of droughts and flooding. Unfortunately, areas that suffer from food scarcity and lack of fresh water will only see their problems getting worse.

Climate change will also create a new problem; environmental refugees. Scholars predict 50 million environmental refugees in the near future, with over 24 million already displaced. These refugees are forced from their homes due to flooding, hurricanes, drought, food scarity and the social conflicts which accompany global climate change. People in Bangladesh are forced to move inland as global sea levels rise. Mega-droughts in SubSaharan Africa may force people in Chad to other naitons. People in the Southern United States will have to move their homes from hurricane-prone Lousiana to South Carolina or Tennesee.

Click on the map below to see how different parts of the world are impacted in different ways.  Map provided by the Center for Global Development. 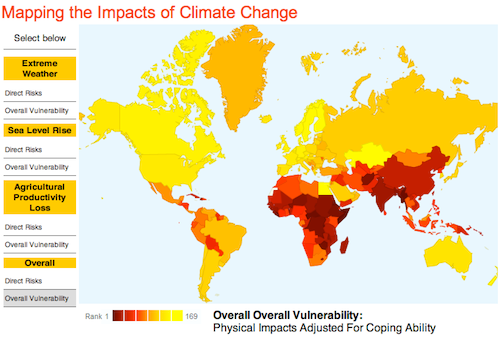 Less water and higher temperatures makes growing food more difficult.  Famine and drought give way to civil unrest which gives way to wars.  In such desperation, people can die not only from starvation or thirst, but also from the violence fostered by food scarcity.

Abnormally hot days and nights, along with heat waves, are likely to become more common. Cold nights will become less and less common. Sea ice extent is expected to continue to decrease and may even disappear in the Arctic Ocean in summer in coming decades. Droughts are to become more frequent and severe in some regions. 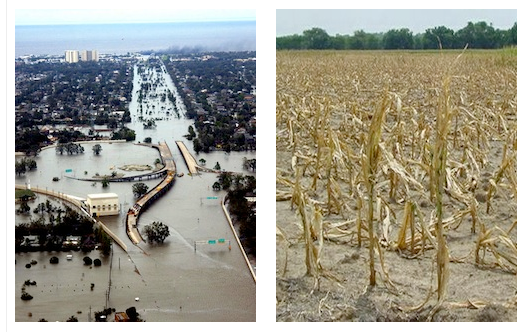 Both precipitation and wind will increase in certain regions due to frequent hurricanes. The strongest cold-season storms in the Atlantic and Pacific are likely to produce stronger winds and higher extreme wave heights.

One third or more of all species are on the being threatened with extinction.  That’s a bigger species loss than the dinosaurs.  The BBC reports that a scientific study concluded that climate change could drive one million of the world’s species to extinction by 2050. 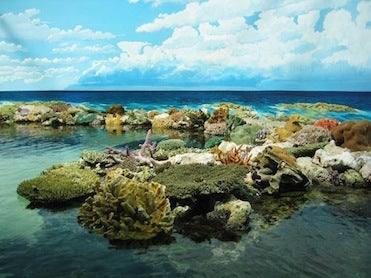 Dr. Klaus Toepfer, the head of the United Nations Environment Programme, said: "If one million species become extinct... it is not just the plant and animal kingdoms and the beauty of the planet that will suffer. "Billions of people, especially in the developing world, will suffer too as they rely on nature for such essential goods and services as food, shelter and medicines". 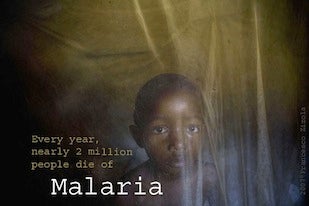 The first detectable changes in human health may well be alterations in the geographic range (latitude and altitude) and seasonality of certain infectious diseases – including vector-borne infections such as malaria and dengue fever, and food-borne infections (e.g. salmonellosis) which peak in the warmer months.

Similarly, disease-carrying insects will populate greater regions. In Kenya, for instance, as the climate gets warmer, the malaria-carrying mosquito is able to inhabit higher and higher altitudes. This forces human communities to move higher in altitude as well, cutting them off from their normal sources of food and fresh water. 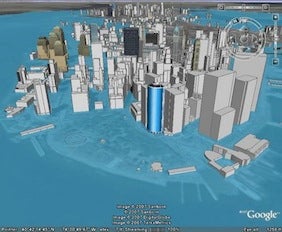 As global temperatures increase the oceans are a major concern.  Melting ice on the land flows into the oceans and has potential for far-reaching and devistating impacts on coastal areas around the world.  Glaciers and ice sheets are receeding at alarming rates and scientists are discovering that our predictions were far under-estimated.

Ice that typically reflects a majority of the suns' rays is melting and exposing darker and more absorbant land underneath it.  This feedback loop is accelerating the melting process faster that we ever expected.  The addition of fresh water to the oceans around the world could change the stability of ocean systems and raise sea levels to dangerous levels.

With over 80% of the world’s population located in coastal regions around the world, the effects of climate change and global sea level rise will create hundreds of millions of environmental refugees that must seek shelter farther inland. 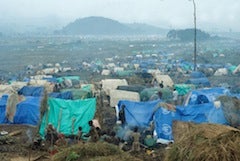 Some countries, like Bangladesh, are topographically at sea level. Its refugees will be forced from their country to seek shelter in other countries. Unfortunately, most nations- especially in developing regions don't have the infrastructure, the political institutions, the food or the funds to deal with such a population influx. Meaning, these refugees face starvation when they are forced from their country of origin.

Fortunately, there is a growing movement in the global community to recognize environmental refugees. Once officially recognized, it will be easier to appropriate funds and offer aid and relief to these people.  Certain advances in medical technology may help to lessen the death toll taken by the spread of major diseases. Aid efforts like food aid and even mosquito nets can help stop save human lives from malaria and other spreading diseases.

Engineering and infrastructural technology can equip the next generation with safer, more reliable homes and cities.  And as the whole world faces the effects of climate change, the global community may find strenth in working together towards a common goal. 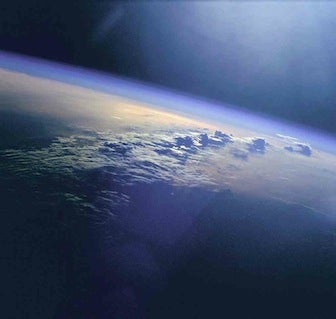