Climate change isn’t just about melting ice caps and threatened polar bears.  Mountain species have evolved to thrive in narrow temperature ranges and mountain ecosystems are among the most vulnerable to climate alterations. 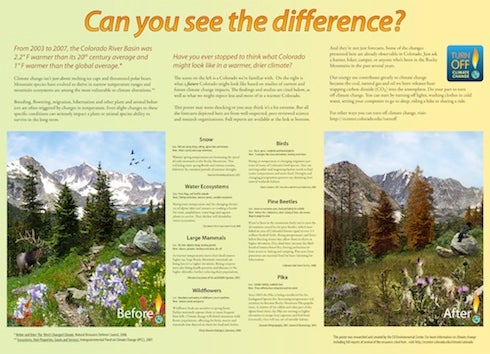 The Envronmental Center has a 60"x40" laminated version of this poster available for events and outreach opportunities.

Click here to see the references we used in this poster.
Download a pdf of our Climate Change in Colorado poster 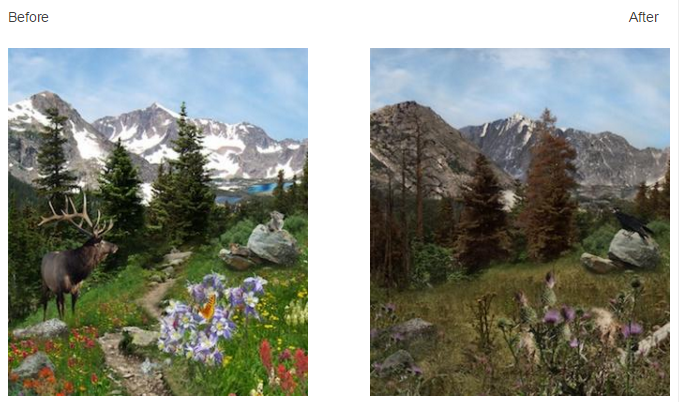 Climate change affects the planet on a global scale and affects every region of the planet in a different way.  Here in the Western United States we already see the effects of Climate Change.  The Western United States has seen a larger increase in average temperature in the past decade than any other part of the country.  This exacerbates already existing problems such as snowpack, water scarcity, drought, pine beetle infestation, etc.

Colorado relies heavily on the snowpack it receives during the winter months.  When it comes to the economy skiing/riding is the second largest in the state, but when it comes to water we receive 70% from the snowpack.  Unfortunately Colorado has seen a decrease in the average snowpack in the past couple of decades exacerbating existing problems of drought and water scarcity.

A partnership of University of Colorado research centers has collaborated on a great website to help you Learn More About Climate in Colorado. 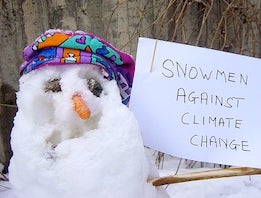 Warmer spring temperatures are increasing the speed of early snowmelt in the Rocky Mountains. This will bring more spring floods and intense erosion, followed by extended periods of summer drought. (American Meteorological Society, 2005)

Snow is melting 15-30 days earlier than it was 25 years ago.  In other words, spring starts a little sooner and summer lasts a little longer, every year.
Scientists say snow pack in the Southern Rockies will drop 50% this century.  Sierra Nevada snow pack is expected to fall 90%.

This isn’t bad news for just skiers/riders—skiing is Colorado’s second largest industry—but we rely on the snow pack for our drinking water. In fact, the snow pack accounts for 70% of Colorado’s water supply. Less snow means less water. Article on increased snow melt

If you've been in the mountains lately you've seen the devestation caused by the pine beetles, which have killed an area of Colorado's forests equal to over 1.5 million football fields. Rising temperatures and fewer below freezing winter days allow them to thrive at higher elevation.

In 2007, Beetle activity in Boulder and Laramie Counties increased 1500%.

Rising water temperature and the changing chemistry of alpine lakes and streams are making it harder for trout, amphibians, water bugs and aquatic plants to survive. Their decline will destabilize entire ecosystems. (The Colorado Water Conservation Board, 2008) 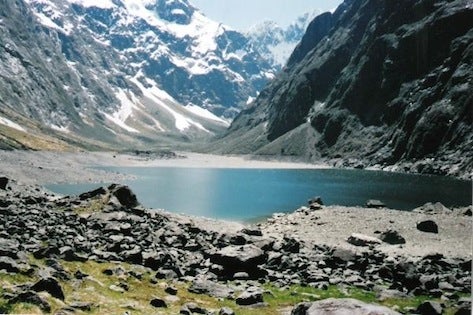 "The most significant threat to our economic security is not having a secure future water supply." -Colorado Governor John Hickenlooper

In the West we recieve 70% of our water from snowpack. This becomes a major problem as the West's population booms and the snowpack starts to decrease. We have no other source of water.

Article on Water scarcity in Colorado
Colorado Water Conservation Board

Since 2005 the Pika is being considered for the Endangered Species list. Increasing temperatures will continue to threaten Rocky Mountain pika populations. A relative of the rabbit and a key part of the alpine food chain, the pika are moving to higher elevations to escape heat exposure and find food. Eventually, they will run out of suitable habitat. (Journal of Biogeography, 2005; Journal of Mammalogy, 2003)

Wildflower buds are sensitive to spring frosts. Earlier snowmelt exposes them to more frequent frost kills. Climate change will shrink mountain wildflower populations, affecting the birds, insects and mammals that depend on them for food and shelter. (Rocky Mountain Biological Laboratory, 2008) 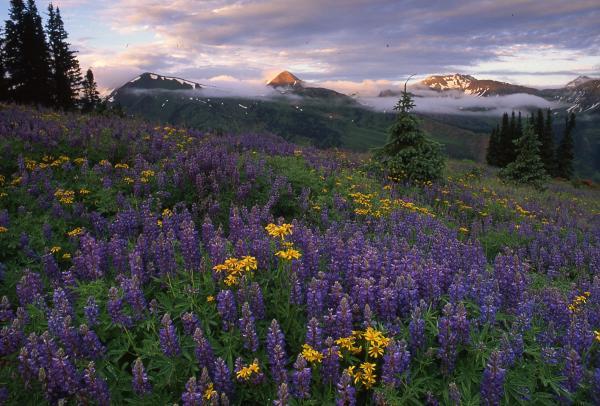