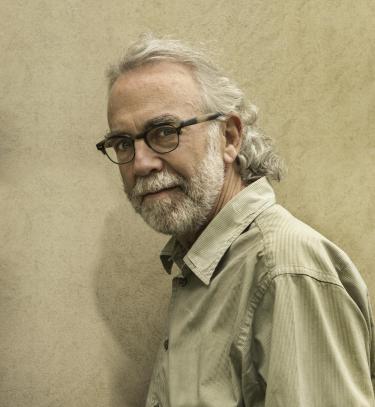 Steven Rubin is an associate professor of art in the photography department at Penn State. Previously he worked for more than two decades as a freelance photojournalist and documentary photographer, traveling on assignment around the world and throughout the United States. His photographs have been published in the New York Times Magazine, National Geographic, Time, Newsweek and The Village Voice and internationally in Stern, GEO, Focus, L’Express and the London Independent.

A Fulbright-Nehru scholar, Rubin is also the recipient of the Leica Medal of Excellence, several fellowships, and a grant from the Fund for Environmental Journalism. As a community fellow with the Open Society Institute (Baltimore), he co-directed the innovative program Healing Images, providing digital cameras, instruction and therapy to survivors of torture. He was also a media fellow with the Open Society Institute (New York), which supported his photographic investigation of the federal government’s detention and treatment of immigrants—work that has been widely circulated by Amnesty International and Human Rights First.

A graduate of Reed College in Portland, Oregon, Rubin obtained his MFA in visual arts from the University of California San Diego. His current projects investigate the rise of wind energy in the Midwest; the precarious conditions of Burmese Chin refugees in India; the upsurge of diabetes in Sub-Saharan Africa; and the impacts of Marcellus Shale gas development in Pennsylvania. His book Shale Play: Poems and Photographs from the Fracking Fields, with poet Julia Spicher Kasdorf, was published by Penn State University Press in 2018.