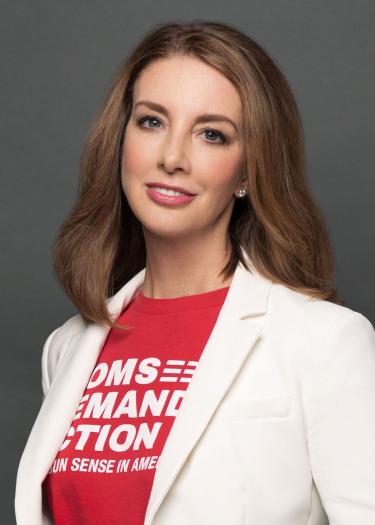 Shannon Watts is a mother of five who, prior to founding Moms Demand Action, was a stay-at-home mom and former communications executive. The day after the Sandy Hook tragedy, she started a Facebook group with the message that all Americans can and should do more to reduce gun violence. The online conversation turned into a grassroots movement of Americans fighting for public safety measures that protect people from gun violence.

Moms Demand Action has established a chapter in every state and is part of Everytown for Gun Safety, the largest gun violence prevention organization in the country, with nearly 6 million supporters. In addition to her work with Moms Demand Action, Watts is an active board member of Emerge America, one of the nation’s leading organizations for recruiting and training women to run for office.

Her book, Fight Like a Mother, was released in 2019. In 2018, Watts was named as one of People’s 25 Women Changing the World, and InStyle profiled her in its annual “Badass Woman” series.