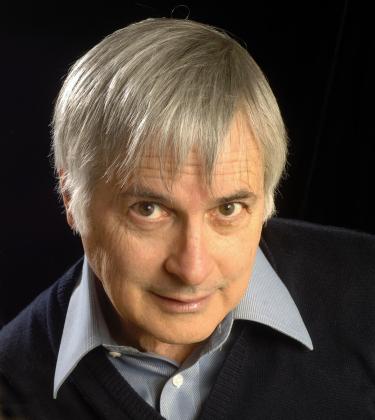 Are there really aliens out there? Seth Shostak, senior astronomer and Institute Fellow at the SETI Institute, is looking. In doing so, he frequently runs afoul of others who believe that visitors from deep space are buzzing the countryside and occasionally hauling innocent burghers out of their bedrooms for unapproved experiments. Shostak doubts this is happening.

He has written 600 popular articles on astronomy, film, technology and other enervating topics. He has also assaulted the public with three, inoffensive trade books on the efforts by scientists to prove that we’re not alone in the universe. With a Boulder-based co-author, he has written a textbook that he claims, with little evidence, has had a modestly positive effect on college students. He also hosts a weekly, one-hour radio show entitled Big Picture Science.

Shostak’s background encompasses such diverse activities as filmmaking, railroading and computer animation. A frequent lecturer and sound bite pundit on television and radio, he can occasionally be heard lamenting the fact that, according to his own estimate, he was born two generations too early to benefit from the cure for death. He is the inventor of the electric banana, which he says has apeel but has had little positive effect on his lifestyle--or that of others.