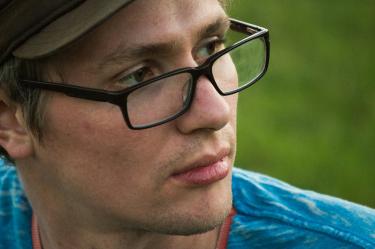 Sam Cook is the founder and executive director of Button Poetry, the premiere online distributor of performance poetry media worldwide. Cook is a TEDx Fellow, a National Poetry Slam champion and an acclaimed public speaker. He has performed at dozens of colleges and other venues around the United States, as well as in Canada and Costa Rica. He is a recipient of the Verve Grant from Intermedia Arts, the first grant for spoken word poets nationwide. As a mentor and coach, Cook has led numerous college poetry teams to national finals stages and to accolades including the Best Individual Poet award for five years in a row. He is committed to using his work as an educator, organizer, artist and executive to broadcast necessary stories and diverse voices.