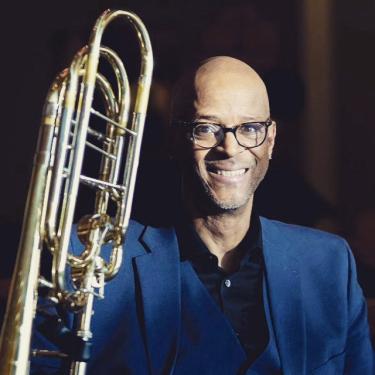 NYC/Austin based musician Ron Wilkins has been performing on tenor and bass trombones, euphonium, tuba, bass trumpet and vocals for over forty years. He has performed at the highest levels touring around the world with his own groups as well as premiere artists. He also leads his own quartet and is co-leader of the Ron Wilkins/Becca Patterson Big Band. Ron is presently Assistant Professor of Trombone ( classical/jazz/salsa styles and techniques ) at Texas State University in San Marcos, TX.

R on is a Shires trombone artist. For more listings of Ron's past and upcoming performances, videos, and educational tips, go to ronwilkins.net