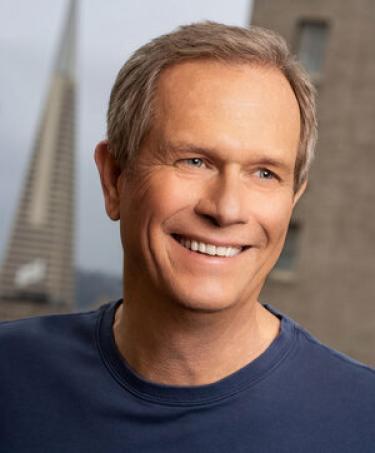 Rob is a graduate of Harvard Law School and the University of Virginia. He worked for 14 years with the U.S. Justice Department, including 10 years as an Assistant United States Attorney in Northern Virginia.  As a federal prosecutor, Rob ran the Major Crimes unit and prosecuted a wide variety of cases, including bank robberies, kidnappings, murder, and drug trafficking organizations. He handled the prosecution of CIA, FBI and other employees of the intelligence community for espionage, including CIA employee Aldrich Ames. He is the recipient of the Justice Department’s John Marshall Award for litigation, and the CIA’s Outstanding Service Medallion.

In 1999, Rob left the U.S. Attorney’s Office and moved to California to become eBay’s third attorney, handling a wide variety of litigation, IP and regulatory/compliance matters for the company globally. Rob was promoted to run the company’s North American legal division in 2001, and in 2004 he was promoted to eBay’s executive leadership team as Sr. Vice President of a newly created Trust and Safety department. As the founder and head of eBay Trust and Safety, Rob was responsible for overseeing all site rules and policies for the eBay global community of over 150 million users, and building the first ecommerce person to person platform trust and safety team.  Rob and his team built eBay’s fraud detection and prevention infrastructure, and his team of over 2000 employees reduced reported fraud and counterfeiting activity on eBay’s 20+ sites by 60% over 4 years. Rob was eBay’s spokesperson for site policies and fraud, and he was interviewed in over 200 television, newspaper, radio, and magazine stories for his pioneering role in combating Internet fraud.  He left eBay in the fall of 2008 to become the General Counsel of LiveOps, Inc. in Santa Clara, CA, and moved to Chegg in 2010 as the general counsel and the company’s first lawyer. Rob set up Chegg’s legal department, and as a member of the executive team helped transform the company from a physical textbook rental site to a multi-service digital learning platform. He led the effort to take Chegg public on the NYSE in the fall of 2013, where it enjoys a market cap of over $4 billion.

Rob joined Airbnb as General Counsel in the spring of 2016, where he grew the legal team from 30 to over 150 legal professionals in 20 offices around the world.  His team led initiatives to promote home sharing and address regulatory issues with local governments and landlords around the world. In 2018, Rob was honored by the Financial Times as one of the Global 25 General Counsel. After serving as General Counsel Rob became the Chief Ethics officer and developed a popular interactive employee program, Integrity Belongs Here, to help drive ethics throughout the culture at the company. His book “Intentional Integrity: How Smart Companies Can Lead an Ethical Revolution” is out now. He now serves as an advisor to Airbnb, along with several other internet marketplace startup businesses, including Uber, Upwork, Turo, and Poshmark.

He lives in San Francisco, CA, and spends his spare time playing basketball with his son and watching his daughter’s theatre performances.