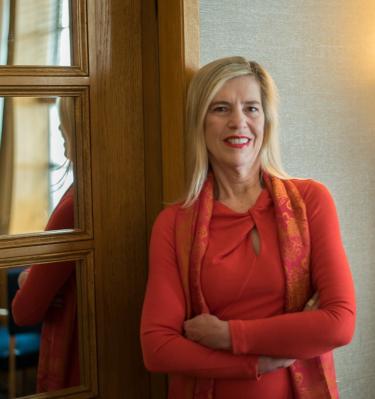 Rebecca A. Fannin is an expert on global innovation and one of the first American journalists to write about China’s entrepreneurial boom, reporting from Beijing, Shanghai and Hong Kong. Her three forward-looking books, Tech Titans of China, Silicon Dragon and Startup Asia, have profiled Jack Ma of Alibaba, Robin Li of Baidu and other tech tycoons and explored the new Silicon Valley emerging in the East.

Fannin’s journalistic career has taken her to the world’s leading hubs of tech innovation and business leadership. She is the former editor of Pulitzer-owned International Business in New York and was international editor at Red Herring magazine in Silicon Valley during the height of the dotcom boom. Her articles have appeared in Harvard Business Review, Fast Company and Inc. Today, she pens a weekly column for Forbes and is a special correspondent for CNBC.com. Additionally, she is an editorial contributor to thought leadership reports for multinational corporations.

Fannin is a frequent public speaker and media commentator. She has provided expert testimony about China’s internet to a U.S. Congressional committee.

Inspired by the entrepreneurs she has met and interviewed, in 2010, Fannin formed her own startup, Silicon Dragon Ventures, a media and events platform with international reach and a strong following.

She grew up in an academic household in southern Ohio. She lives in New York City and San Francisco and logs major frequent flier miles in her grassroots search to cover the next, new thing.