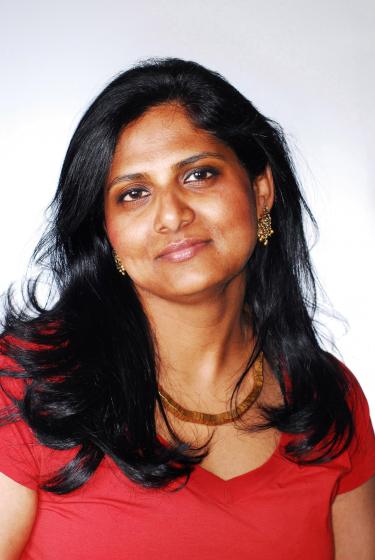 Priya Natarajan is a theoretical astrophysicist at Yale, recognized for her seminal contributions to the study of dark matter and the formation and growth of black holes. She is a phenomenologist and uses gravitational lensing observations—the deflection of light rays by matter in the universe—to map the detailed distribution of dark matter.

Natarajan currently serves as the director of the Franke Program in Science and the Humanities at Yale, where she helps forge intellectual connections across disciplinary boundaries. Her many awards and honors include the Guggenheim, Caroline Herschel and Radcliffe fellowships; the Sophie and Tycho Brahe Professorship at the University of Copenhagen; and a fellowship at the American Physical Society. Her work has been featured in numerous news outlets including NPR, BBC, CNN, the Washington Post, the Wall Street Journal, ScienceNews, Scientific American, New Scientist and The New Yorker.

Born and raised in India, Natarajan received undergraduate degrees in physics and mathematics at MIT. After graduate training in the history and philosophy of science at MIT, she obtained her PhD in astrophysics from the University of Cambridge. Aside from research, she is deeply invested in the public dissemination of science, and she is committed to gender equity and inclusion in academia. Natarajan’s writing has been published in outlets including CNN, the Huffington Post and the New York Review of Books; her first book, Mapping the Heavens: Radical Scientific Ideas That Reveal the Cosmos, was published in 2016.