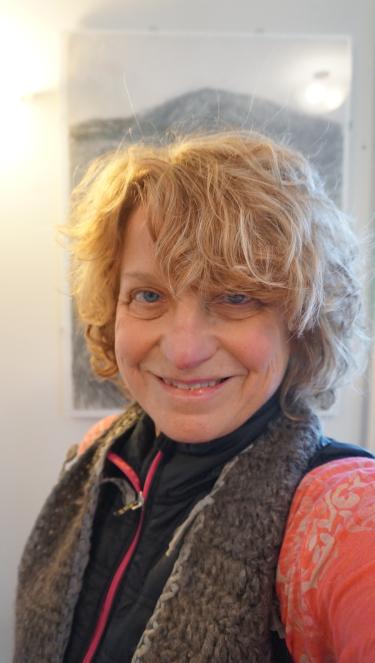 An award-winning choreographer and filmmaker, Pooh Kaye is known for both: “…carefully crafted compositions that teem with the seemingly chaotic effects of life itself…”(Jennifer Dunning, dance critic for the New York Times); and raucous, award-winning animated films. She has been making films and dances since 1975.

Her dance company, Eccentric Motions, founded in 1983, has performed in New York City at the Museum of Modern Art, Lincoln Center, The Kitchen and The Joyce Theater; nationally at the American Dance Festival in Durham, North Carolina, and Jacob’s Pillow in Becket, Massachusetts; and internationally in the Holland Festival, the Jerusalem Dance Festival and at Spiral Hall in Tokyo. Kaye has been the recipient of six National Endowment Dance fellowships, a Guggenheim fellowship for Dance, and New York Foundation for the Arts fellowships. Eccentric Motions has received numerous grants from the National Endowment for Arts and the New York State Council of Arts.

Kaye’s stop‐motion films have won prizes and been exhibited internationally. They have been seen at the Metropolitan Museum, the Whitney Museum of American Art, and the National Gallery of Art in Washington, D.C. Kaye’s 2011 re-edited video version of her 1993 stop-motion film, The Painted Princess, won top prize at the 2011 Artists of the Mohawk-Hudson Region exhibition.  Her live-action, stop-motion film Spring Cleaning was exhibited at several art museums in upstate New York and was purchased by The Hyde Collection in Glens Falls, New York.