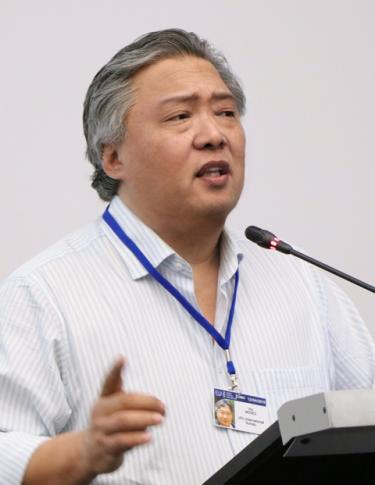 Moses Ma is attempting to live the life of a modern Taoist. Over the years, he has enjoyed being a videogame designer, an artist, an internet visionary, a high tech entrepreneur, a filmmaker, a physicist, a Buddhist and a martial artist. Today, he runs FutureLab, a venture studio with startups in blockchain, enterprise computing, mobile apps, quantum computing and most recently focused on the pandemic management space. But, he says, “In my heart, I'm just a mediocre poet, but one who is deeply fulfilled by an unconventional life.”

He says, “My earliest memory is of my brother and sister lighting firecrackers and dropping them off the balcony in Hong Kong. I must have been 18 months old, as we immigrated to American the following year. When I was seven, I met Marlon Brando and Yul Brynner on the set of the film Morituri, which was shot on a freighter that my Dad's pal worked on. Brando was so worried about gaining weight, he'd only eat one hard boiled egg a day during the shoot. Brynner was quite gregarious and loved food. And, in college, I wanted to witness ball lightning, so during thunderstorms, I'd go into nearby mountains hunting for ball lightning or St Elmo's fire.”