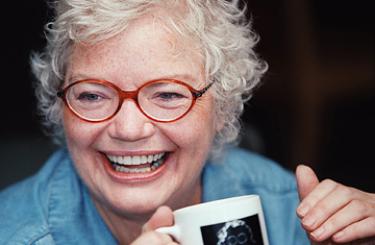 Mary Tyler "Molly" Ivins (August 30, 1944 – January 31, 2007) was an American newspaper columnist, author, political commentator, and humorist. Born in California and raised in Texas, Ivins attended Smith College and the Columbia University Graduate School of Journalism. She began her journalism career at the Minneapolis Tribune where she became the first female police reporter at the paper. Ivins joined the Texas Observer in the early 1970s and later moved to The New York Times. She became a columnist for the Dallas Times Herald in the 1980s, and then the Fort Worth Star-Telegram after the Times Herald was sold and shuttered. The column was subsequently syndicated by Creators Syndicate and carried by hundreds of newspapers. The Forbes Media Guide Five Hundred, 1994 stated:

Ivins's pithy assessments of politics and life at large crackle with broad Texas humor. Combining her talent for culling information with her razor-sharp wit, she throws a powerful knockout punch....Whether one agrees with her or not, Ivins's pen pierces both the brain and the funny bone.