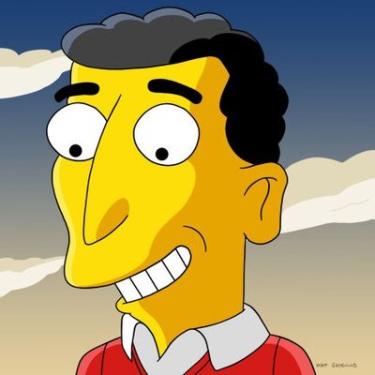 Mike Reiss has won four Emmys and a Peabody Award during his 28 years writing for The Simpsons. He ran the show in Season 4, which Entertainment Weekly called “the greatest season of the greatest show in history.” In 2006, Reiss received a Lifetime Achievement Award from the Animation Writers Caucus.

Reiss has written 20 children’s books, as well as Springfield Confidential, a best-selling memoir of his three decades at The Simpsons.

He has written jokes for comedy legends Johnny Carson, Joan Rivers, Garry Shandling--and Pope Francis! For his comedic contributions to the charitable group Joke with the Pope, Pope Francis declared Reiss “A Missionary of Joy.”

Reiss co-created the animated series, The Critic and created Showtime’s hit cartoon Queer Duck, which was named one of “The 100 Greatest Cartoons of All Time” by the BBC.

He has been a contributing writer to more than two dozen animated films--including four Ice Ages, two Despicable Mes, The Lorax, Rio, Kung Fu Panda 3 and The Simpsons Movie.

His caveman detective story Cro-Magnon P.I. won an Edgar Award from the Mystery Writers of America. His children’s books include the best-seller How Murray Saved Christmas and the award-winning Late for School. Reiss also composes puzzles for NPR and Games magazine.

Reiss has lectured at more than 400 colleges and institutions on six continents.

He has been happily married for 30 years. Like most children’s book authors, he has no children.