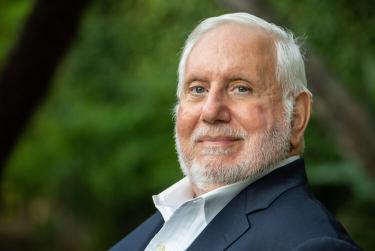 For nearly 22 years, Mr. Bobb served as Special Counsel to the Los Angeles County Board of Supervisors for the purpose of monitoring the Los Angeles County Sheriff's Department (LASD)–the fourth largest law enforcement agency in the United States. In doing so, he functioned as the first long-term, independent monitor of a law enforcement agency. Mr. Bobb issued some 34 reports that addressed a host of critical issues, including use of force, civilian complaints, internal investigations and reviews of critical incidents, training, supervision, and risk management.

Mr. Bobb served on two blue-ribbon commissions that investigated law enforcement in Los Angeles in the aftermath of the Rodney King incident in the early 1990s. He has served as Special Counsel to the Los Angeles Police Commission for the purposes of establishing the first Office of Inspector General (OIG) within the Los Angeles Police Department (LAPD).  Mr. Bobb co-authored a special study of the LAPD five years after the Rodney King incident.  In 2005, he was appointed by Chief William Bratton to serve on a Board of Inquiry to examine LAPD SWAT practices.

Before founding PARC, Mr. Bobb, a lawyer, worked at the law firms of Tuttle & Taylor and O'Melveny & Myers. At both firms, he specialized in complex litigation and investigation for public agencies, government, and corporate clients.  He also conducted detailed investigations for corporate boards of directors of officers and directors.  Mr. Bobb is a graduate of the University of California Berkeley School of Law (Boalt Hall) and of Darmouth College.