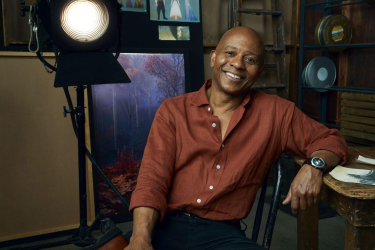 Marlon West joined Walt Disney Feature Animation in 1993 as an effects animator on The Lion King. West went on to create effects for Pocahontas, Hunchback of Notre Dame, Hercules, Mulan, Tarzan, Fantasia 2000 and The Emperor’s New Groove.  He served as head of effects on Atlantis, The Lost Empire and Home On The Range.

Always a music fan, he has worked as a DJ in various venues and styles. A native of St. Louis, West lives with his kid and thousands of books and records in Glendale, CA.