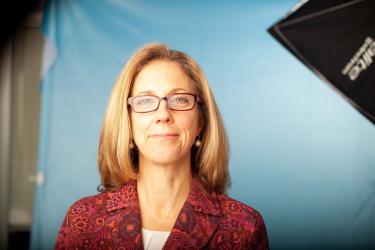 Maggie Salem is executive director of Qatar Foundation International, a not-for-profit organization based in Washington, D.C., that champions student-centered K–12 Arabic language and Arab culture education in the Americas, Europe and the Middle East.

Previously, Salem was regional director for the Middle East and North Africa region at the International Foundation for Electoral Systems (IFES), a leading democracy and governance NGO, where she implemented innovative programs in Egypt, Iraq, Iran, Jordan, Lebanon, Palestine and Yemen. Prior to IFES, Salem worked as an independent communications consultant to leading U.S., European and Middle Eastern companies, NGOs and academic groups. From 2001 to 2004 she was director of communications and external relations at the Middle East Institute.

Salem began her career as a foreign service officer at the U.S. State Department, where she served as a special assistant to Secretary of State Madeleine Albright and as a special assistant to Ambassador Martin S. Indyk at the U.S. Embassy in Tel Aviv, Israel. She also served at the U.S. Consulate in Mumbai, India. Salem completed coursework for a master’s degree in contemporary Arab studies at Georgetown University and was a Fulbright scholar in Syria. She holds bachelor’s degrees from Johns Hopkins University in political science and psychology.