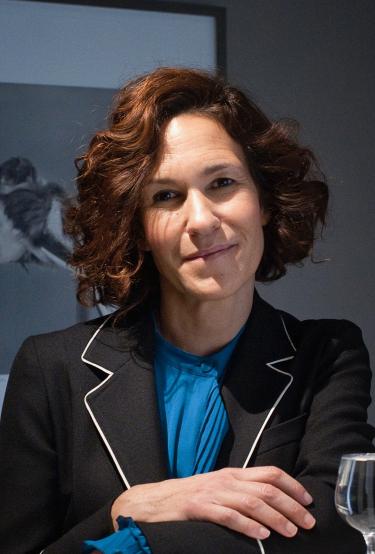 Lara Gilmore is a fine arts major who has been living in Modena, Italy, since 1994. She met her husband, chef Massimo Bottura, while working in New York City. Together they opened the restaurant Osteria Francescana in 1995. Osteria Francescana has been awarded the coveted three star Michelin rating, and most recently, in June 2016, the restaurant ranked No. 1 in the World's 50 Best Restaurants list. Both Lara and Massimo are not only restaurateurs but food activists. During Expo Milan 2015 they launched a social enterprise concept that redefines the possibilities of soup kitchens: they invited internationally acclaimed chefs to cook for the homeless with the waste from Expo. The Refettorio Ambrosiano is now a fully operating soup kitchen that focuses not only on quality meals but also on bringing design and art into the community.

In 2016 the Expo startup model became the foundation of the nonprofit Food for Soul organization, which later launched the Refettorio Gastromotiva, a soup kitchen in Rio de Janeiro. Gilmore is the president of Food for Soul and is currently working on a cookbook of recipes from the Refettorio Ambrosiano,  Bread is Gold, which will be published in fall 2017. Food for Soul is organizing a series of talks and events in Los Angeles in May 2017 and opening a social gastronomy project, Refettorio Felix, in London in June 2017.