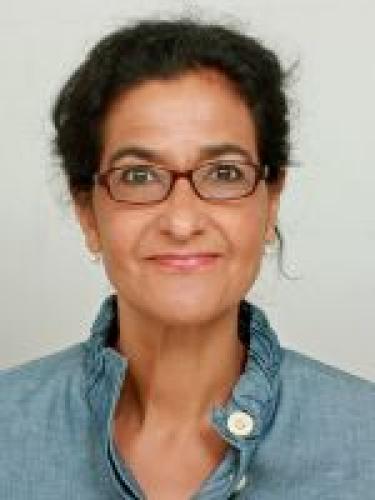 Kathleen G. Ferrier was born in Suriname and grew up in both Suriname and the Netherlands. Deciding to study the languages of her continent, she graduated from Leiden University with degrees in Spanish, (Brazilian) Portuguese, Modern Spanish-American Literature, and Development Cooperation. She lived and worked in Latin America for ten years, together with her husband Tjeerd de Boer. During this time, she was involved in various grassroots projects centered around health, education, and human rights, including in the ‘poblaciones’ of Chile and the ‘favelas’ of Brazil. While in Chile, she also completed a course in Public Health and worked for policymakers at the national and international level, including as advisor to Jan Pronk, then the Dutch Minister for Development Cooperation. She also consulted for various organisations in the field of international cooperation, including Brot für die Welt (Germany), Terre des Hommes, and Cordaid (Netherlands). These broad experiences gave her insight into the complexity of development processes.

After returning to the Netherlands, Kathleen Ferrier became General Secretary, or coordinator, of Samen Kerk in Nederland (SKIN), the association of migrant churches in the Netherlands. During her eight years at SKIN, she helped to put the new organisation on the map, using public debate to raise awareness of the presence of migrant Christians in the country and the value of diversity. She campaigned in favour of full recognition, legal status, and equal opportunities for those involved in migrant churches. To this end, she organised various activities in which broad and multicultural representatives of Dutch society participated and debated sensitive issues.

Through her work for SKIN, she became involved with the Christian Democratic Party (CDA) and was invited to act as Vice-Chair of the team charged with writing the party’s political programme for 2002–2006. In 2002, Kathleen Ferrier was elected to Parliament, where she served for ten years.

In Parliament, she was a spokesperson for international cooperation, migration, and education. She founded the Multi-Party Initiative on Sexual and Reproductive Health and Rights and HIV/AIDS. She represented the Dutch parliament in various international assemblies, such as the Inter-Parliamentarian Union (IPU) and the Organization for Security and Cooperation in Europe (OSCE) Parliamentary Assembly, where she was elected Special Representative on Migration. Within her own party, she developed a new vision for development cooperation that emphasised self-reliance through financial independence; policies that combine development sectors, such as health, human rights, education, and finances; and the vital role of sustainability in development. In 2011, the Mexican government honoured her with the Order of the Aztec Eagle (Águila Azteca), the highest decoration in the country, awarded to foreigners, and in 2012, she was bestowed with the Dutch Order of Knighthood (Ridder in de Orde van Oranje Nassau).

Since 2013, Kathleen has lived in Hong Kong, where she teaches Languages and International Relations. She is involved in various activities relating to human rights, migration, and sustainability. She is a public speaker and writer on international relations, female leadership, and the principle of diversity as a source of strength.