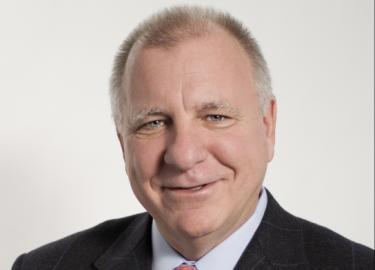 Joe Hagan is president and CEO of the National Equity Fund (NEF), a nonprofit corporation that provides equity to affordable housing developers throughout the United States. NEF is an affiliate of the Local Initiative Support Corporation, which works with community-based organizations to make investments in housing, business, jobs, education, safety and health. Since Hagan joined NEF in 2000, the company has raised more than $10 billion in equity investments, resulting in 185,000 new affordable housing rental units in some 320 cities.

Hagan has been in the affordable housing credit business since it began in 1986. He was director of multifamily housing at the Ohio Housing Finance agency; founder and president of the Ohio Capital Corporation for Housing; and president of Bank One Community Development Corp.

Hagan has also served as the president of a nonprofit housing development corporation in Columbus, Ohio (1979–83), and was executive director of Pickaway Metropolitan Housing Authority (1983–85). Hagan served as president of the Affordable Housing Tax Credit Coalition (2010–11). In 2016 he was appointed to the board of the Bridge Housing Corp.

Hagan is a 1979 graduate of Ohio University in Athens, Ohio. In 1998 he was named Outstanding Alumni by the university’s Department of Political Science.