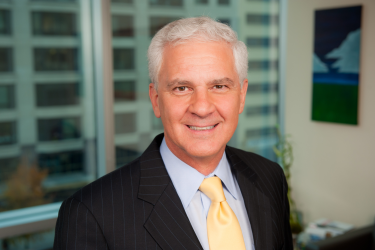 Joe Cirincione is president of Ploughshares Fund, a global security foundation. He has worked on nuclear weapons policy in Washington for more than 35 years and is considered one of the top experts in the field.

He served previously as vice president for national security at the Center for American Progress, and he worked for nine years as professional staff on the U.S. House of Representatives committees on armed services and government operations. Cirincione is a member of the Council on Foreign Relations and a former member of the International Security Advisory Board for Secretaries of State John Kerry and Hillary Clinton. He also teaches at the Georgetown University Graduate School of Foreign Service.

Cirincione is the author of the books Nuclear Nightmares: Securing the World Before It Is Too Late; Bomb Scare: The History and Future of Nuclear Weapons; and Deadly Arsenals: Nuclear, Biological and Chemical Threats. He is an MSNBC nuclear security expert, and his commentary has been featured in The New York Times, The Washington Post, Los Angeles Times, Boston Globe, Philadelphia Inquirer, Financial Times, Kyodo News, Moscow Times, Foreign Policy, The Hill, Daily Beast and Huffington Post.