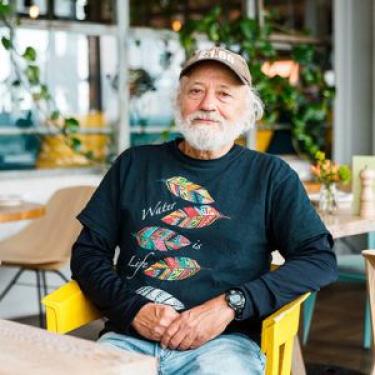 Jeff Furman served on the Ben & Jerry’s corporate board for almost 40 years, providing in-house legal counsel and fostering many of the company’s social initiatives. Jeff’s current role is Ben & Jerry’s Board of Directors Emeritus, a role he is happy to do alongside being President of the Ben & Jerry’s Foundation.

Jeff resides in Ithaca, New York where he is the president of Social Ventures, as well as a co-founder of the Community Dispute Resolution Center and a community micro-finance program. In addition Jeff has also served on the local school board, working to eliminate race and socio-economic status as a predictor of student success, and is an advisor to the Dorothy Cotton Institute and the Alliance of Families for Justice. Alongside his other commitments Jeff is on the Board of the Oakland Institute and currently he is developing Rejoice the Vote.

Jeff has spoken throughout the US and in Europe, Argentina, and Guatemala on the power of business to be a strong advocate for social justice both in how it operates internally and public stands it embraces.