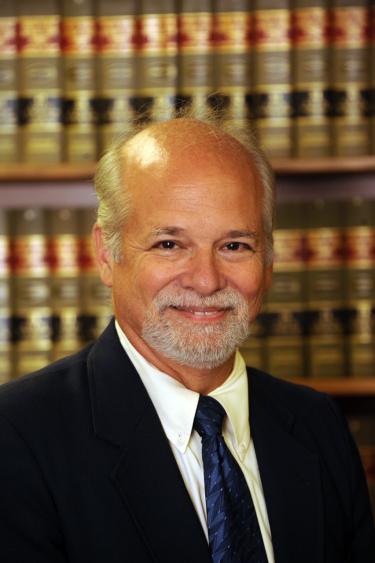 James Etienne Viator was graduated from the University of New Orleans in 1971, and then after four years of touring the country as leader of a 1950s-genre rock 'n' roll band, he enrolled in the Claremont Graduate College to study American constitutional history under the Pulitzer-Prize-winning historian Leonard W. Levy.  While attending Claremont College, Viator taught American History in Harvey Mudd College as a graduate instructor.  In 1979 he returned to south Louisiana and worked for several years on livestock farms and in oil fields as a chain-man and instrument man on pipeline survey crews.  In 1985 he was graduated magna cum laude from Louisiana State University Law School, where he was inducted into the Order of the Coif and served as executive editor of the Louisiana Law Review.  Upon graduation Viator worked as a law clerk for the Hon. Henry A. Politz of the United States Fifth Circuit Court of Appeals and then taught as an assistant professor of law in the Texas Tech University School of Law.  After working in the Loyola College of Law for one year as visiting assistant professor of law, Viator was hired and tenured in 1991 as associate professor of law.  Viator was elected full professor several years later and was then invested as the first Adams & Reese Distinguished Professor of Law in 2002 and still serves in that capacity.  Viator has several times received the Loyola Student Bar Association's annual "Best Professor" award and has served as faculty advisor for both the Loyola Law Review and the Loyola Journal of Public Interest Law.  Viator was a founding director of the Board of Directors of the Louisiana Supreme Court Historical Society, in which organization he remains a member.  Viator's current scholarly and teaching interests at Loyola include criminal law and procedure, torts, contracts, property, Louisiana legal history, and American constitutional history.  His most recent law-review articles and book chapters include:  "Marbury v. Madison and History: What Do We Really Know About What Really Happened?" (Revue Juridique Thémis); "The Social Dimensions of Law" (The Oxford Companion to American Law, Oxford Univ. Press); "Legal Education's Perfect Storm" (Catholic Univ. Law Review); "Les Créoles, les Cadiens, et le Droit de la Langue en Louisiane" (Loyola Law Review).

In November, 2016, Professor Viator visited Chile to lecture on "Comparative Tort Damages" at The Catholic University of Chile, The Judicial Studies Institute of Chile, and The Chilean Appellate Judges' Annual Conference.